Riyadh: The Arab Union of Yemen, led by Saudi Arabia, announced on Monday that 16 civilians were injured in a drone attack targeting King Abdulaziz Airport in Saudi Arabia in Jazan, a port city in the southwestern part of Yemen. The news agency (SPA) reported.

The coalition said debris that had fallen from the destroyed drone caused injuries to civilians at the airport.

According to the Arabic news channel Al-Ekhbariya, three passengers were in crisis. We aired a short video clip showing how the glass shattered on the ground in the airport near the Baskin-Robbins ice cream shop. Al Ekbariya then showed passengers at Jazan Airport and said the flight had returned to functioning normally.

Earlier on Monday, the coalition said the armed drone had fallen into a Jazan village called Almabuji. No injuries have been reported.

On February 10, the coalition announced that at least 12 people were injured, including Indian residents, from shrapnel from drones intercepted by air defense at Abha Airport in Saudi Arabia.

Yemen has been involved in the civil war since September 2014, when the Houthi militia expelled the internationally recognized government of President Abd Rab Mansour Hadi from the capital Sana’a.

Since March 2015, the Arab Union has conducted military operations to support Yemeni government forces to confront the Yemeni-backed Houthis, which controls several provinces, including the capital Sana’a.

Some parts of Saudi Arabia are constantly being attacked by ballistic missiles and booby trap drones launched from Yemen to airports and oil facilities.

The Iran-backed Houthi militia was launched in February 2021 and launched a major attack on Malibu in an attempt to seize control of the state, the last northern base of the Saudi-backed Yemeni government.

Russia recognizes the territory of eastern Ukraine as "independent", 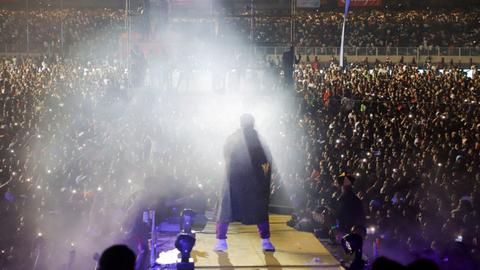 11 killed in stadium clashes in Democratic Republic of the Congo Kuwait’s industry is at stake due to infrastructure delays