Israeli airstrikes struck the port of Latakia in Syria before dawn yesterday, causing a fire that lit the Mediterranean coast in a second such attack on a major cargo hub this month, Syrian state media reported.
Since the outbreak of the Syrian Civil War in 2011, Israel has regularly bombed neighboring countries, primarily targeting Syrian government forces, Allied forces, and Hezbollah fighters.
However, this is the second time it has hit the port of Latakia in the heart of President Bashar al-Assad’s minority Alawite community.
“Around 3:21 am, Israeli enemies launched an aerial attack with several missiles from the direction of the Mediterranean … targeting the container yard at the port of Latakia,” Syrian state news agency Sana said. Was quoted.
He added that the strike caused “serious property damage.”
When asked about the strike, an Israeli military spokesman said, “I will not comment on foreign media reports.”
A photo released by Sana showed firefighters training a hose with a stack of burning containers illuminating the night sky.
According to the news agency, the container was loaded with “engine oil and spare parts for cars and other vehicles.” However, the Syrian Observatory for Human Rights, a British-based war watchdog, said the cargo was “weapons and munitions” that exploded in “a powerful explosion felt in and around Latakia.”
He said the supplier of the weapon was unknown.
Latakia Governor Ismail Hilal said firefighters had controlled the flames and extinguished the embers by noon, Sana reported.
This is the second time Israel has attacked the container yard at the port of Latakia this month.
Russia, another major ally of the Syrian government, operates a naval base at the port of Tartus, 85 km south. Russia said such an attack was “extremely worrisome” to Syria after a decade of brutal conflict, avoiding confirming that Israel had carried out a strike.
“I don’t think this kind of situation will contribute to the stability of the Middle East or the situation in Syria,” said Dmitry Polyansky, deputy representative of the United Nations in Russia.
“We never hide our disapproval of such actions,” he told reporters, adding that Russia would address bilateral concerns with Israel.
So far this year, Israel has targeted Syria almost 30 times, killing 130 people, including five civilians and 125 Loyalist fighters, according to observatory statistics.
On December 7, a strike aimed at transporting weapons was carried out in Latakia, the first port since the start of the civil war.
Israel rarely comments on individual strikes in its northern neighbors, but admits that hundreds have increased since 2011. Missile strikes on ‘many cities’ in Ukraine: Kyiv Expatriate’s wife, whose religion is different from her husband, must issue an independent Iqama

U.S. says Russia may make an excuse to attack Ukraine 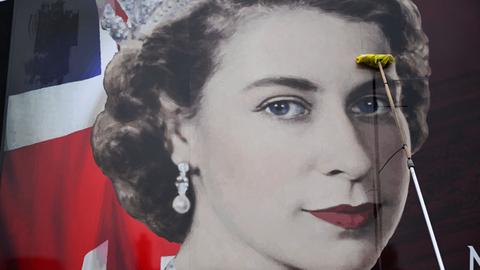 Is it time for the British monarchy to end with her? How India, Cricket Enthusiastic, Scripted the Glory of World Badminton