ABCK-AmCham Kuwait hosted its annual Christmas dinner at Hyatt Regency Arcout Mall in December, attended by members, VIPs, and friends. The dinner began with an opening remark from Pete Swift, Chairman of Amcham Kuwait, who welcomed guests and talked about the role of Amcham Kuwait since 1985. ABCK-Am Cham Kuwait fosters relationships between American and Kuwaiti companies.As the oldest American business council in the Gulf region, AmCham Kuwait is leading the way to promoting American businesses in Kuwait... “This dinner is very special because I haven’t had a Christmas dinner with members and friends in the last two years. Christmas is a wonderful holiday that we tend to spend with loved ones and friends. It’s also time to give, fellowship, and thank what we have. ” Swift said.

Swift gave a very special thanks to the members of Amcham Kuwait’s presidential club for their strong support throughout the pandemic. He said, “Without them, we couldn’t expand our business as we could, so we sincerely appreciate their patronage. Our advocacy activities rely heavily on the support of our members. I am. “ We then thanked each member of the President’s Club, starting with three champions, GOFSCO, KGL, and Lockheed Martin. He thanked each of them for their important support. He also thanked corporate members, SMEs, and individual members for their time, effort, and involvement in the Chamber of Commerce initiative.

To conclude the event, the AmCham Kuwait team held a trivia Kuwait activity where guests had to answer questions in order to win raffle prizes. The ruffle gift sponsors for this event were members of the President’s Club: Easa Husain Al Yousifi & Sons, who offered some coupons for use at Kuwait’s Best Yushifi Store, and Sultan Center, a corporation that provided delicious sweets to gift boxes. Members: Millennium Hotel & Convention Center Kuwait offered lunch and dinner invitations at the renowned El Publico restaurant (specializing in South American cuisine) and lunch and dinner invitations at the Lamar restaurant. Finally, PF Chang’s (Alshaya) and The Cheesecake Factory (Alshaya) have provided several vouchers that can be used in their respective locations in Kuwait. AmCham Kuwait also offered lucky guests free entry from two to one of their annual signing events. The highlight of the night was the magnificent entrance of a special guest (Santa Claus) who gave presents to the children who attended the event. Family members and participants were invited to join in to take a group photo with him.

Finally, Swift thanked everyone who attended the Christmas dinner and wished everyone a happy holiday and a safe trip. A photo session between the Raffle Gift Winners and Am Cham Kuwait’s Chair concludes the event. Swift also thanked AmCham Kuwait’s team and volunteers for organizing a great event.

Jharkhand passes lynching bill, criminals could be imprisoned for life 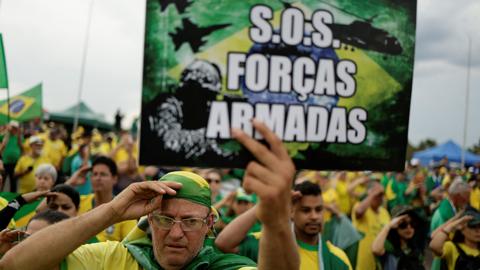 E-BEAUTY REDEFINED IN THE MIDDLE EAST: THE LATEST TECHNOLOGIES AND INNOVATIONS IN THE COSMETICS AND BEAUTY INDUSTRY