The Liberation Tower opened in March 1996. “In the early 2000s, we started to open it to the public during the national celebration. Last year it was only open for a few days in February, but this year we are welcoming visitors throughout February. In addition to enjoying the view, we also decided to add an exhibition, “Rasha Al-Duweihi of the Liberation Tower maintenance department told the Kuwait Times.

The exhibition includes images and sketches of the Liberation Tower submitted by various artists and photographers. In addition, there are older telephone models that have been used in Kuwait for over 70 years, as well as other communicators such as fax machines, operator operators and pagers. Also on display are postage stamps issued by Kuwait since the 1920s.

“We initially expected 50 visitors per hour, but were surprised by the great interest of the general public. According to our statistics, we welcome about 500 visitors every day. We anticipate even more numbers on National Foundation Day and Liberation Day holidays, “duweihi emphasized.
Visitors must book their visit in advance. “The morning period is open to official delegations and diplomats.

The general public can visit the tower from 3 pm to 8 pm on weekdays and from 2 pm to 8 pm on weekends. Visitors need to be vaccinated and admission is free, “she added. “We are currently welcoming visitors until the end of February. Due to the high demand, we may extend the visit period in the future. We are also considering opening a cafe in the tower,” Duweihi added. ..

The Liberation Tower consists of four buildings. “This includes the Government Mall, basement, new main building and towers. The 150th floor (observatory). The 185th to 200th floors include the communications equipment of companies and institutions renting these spaces. It’s a technical field, and there’s an antenna above it. The top of the tower is 372 meters and has lights for civilian aviation, “explains Duweihi.

https://www.kuwaittimes.com/around-500-people-visit-liberation-tower-daily/ About 500 people visit the Liberation Tower every day 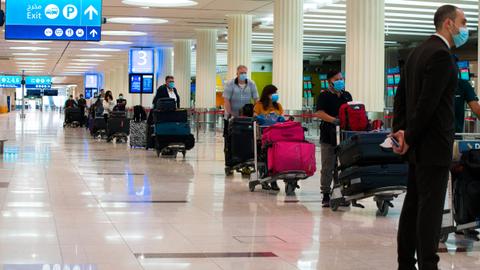