According to Lance Kao, drone software development company Aeroprobing joined forces with Japan-based drone application service provider Blue Innovation in 2019 to build drones in Japan for export to Southeast Asian markets. has entered into a cooperative relationship with Sanwa Denshi, a Japanese electronics manufacturer. Founder and President of Aeroprobing.

According to Kao, Aeroprobing has chosen Japan as its forward base for the Southeast Asian market for several reasons. First, “Made in Japan” has long been an indicator of quality, helping to strengthen Aeroprobing’s bargaining power. Second, both Japan and Southeast Asia are members of the CPTPP (Comprehensive and Progressive Agreement on the Trans-Pacific Partnership), exempting exports from customs duties.

With that in mind, Aeroprobing set up a joint venture with a Japanese investment consulting firm in Tokyo in June 2022, Kao said, and Aeroprobing hopes to gradually ramp up marketing in Taiwan as well. added.

Kao said Aeroprobing is focused on developing drone flight control software and cloud computing-based drone flight management software, adding that Aeroprobing is using AWS (Amazon Web Services) to build a private cloud. I was. For drone hardware such as motors, mechanical parts and battery cells, Aeroprobing sources them from a variety of sources and then integrates them with in-house software tailored to the client’s flight mission.

Aeroprobing is adopting a strategy of developing customized, application-specific drones in small batches, Kao noted. This positioning will help Aeroprobing avoid competing with major drone vendors such as Da-Jiang Innovations Science & Technology in China due to market segmentation, Kao said.

Flying a drone is not difficult, but achieving the level of system integration to ensure stable flight and realizing other functions is relatively difficult, Kao said. For example, drones designed for warehouse inspections cannot be guided by GPS and must be equipped with other guidance systems. Aeroprobing’s unique indoor inspection solution has been adopted by Blue Innovation for the retailer’s logistics, Kao said.

Kao added that the drones can not only precisely control the amount of water and pesticides, but also avoid chronic human poisoning associated with manually spraying pesticides. Kao said its target customers are outsourced agricultural teams because individual farmers cannot afford such drones, adding that Aeroprobing has developed software to manage multiple watering drones simultaneously. . Given that many Southeast Asian countries may not have been able to efficiently survey land in the past, Aeroprobing is also eyeing opportunities to develop drones for land surveillance, Kao noted. .

In addition, Aeroprobing will develop a river inspection solution based on its in-house edge computing model, allowing drones to recognize rivers and fly along them. Edge computing models can also be used to recognize special land features, monitor hydrological conditions, and search for targets in the event of a disaster, Kao said. Hydrological monitoring in particular requires special processing of drone images to reach resolution levels of 1 to 3 meters, Kao said. Kao points out that compared to remote sensing satellites, drones have a much smaller spatial range but are much less expensive.

At the end of 2021, Health Life Optics Tech announced a partnership with Aeroprobing, especially for combining AI-based image processing technology with Aeroprobing’s drone solutions to apply to detailed inspection, such as the working status of PV modules. did.

With the exception of pesticide spraying in Indonesia, most drone solutions are still in the proof-of-concept (PoC) stage, and many collaborative projects are currently being discussed, Kao said.

Aeroprobing’s operation, with paid-up capital of NT$31.4 million (US$ 1.06 million), has reached break-even point and Kao said it hopes to seek more cooperation partners to expand its business operations. 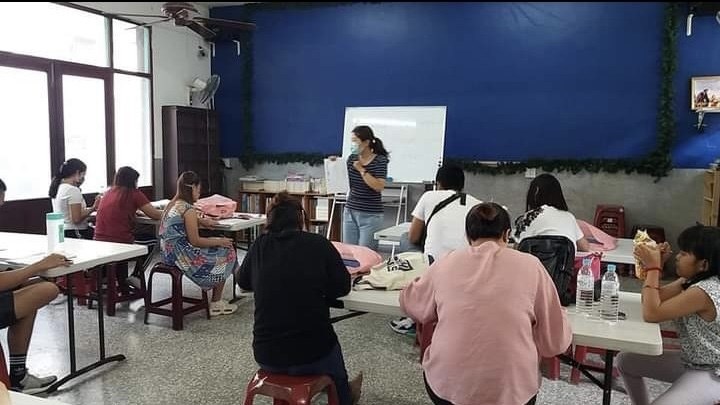 Domestic tourism spending in 2021 will decrease by 54.5 percent to RM18.4 billion