Since the Taliban ruled the country last August, several people have been arrested or detained for remarks.

Since the Taliban took over on August 15, 2021, several journalists, Muslim scholars and activists have been arrested or detained solely for criticizing the new government of Afghanistan.

One of the recent arrests took place on January 9. Faizullah Jalal, a professor at Kabul University, was arrested by police after accusing the Taliban of control during a debate over Tolo News, Afghanistan’s largest television network.

He called Mohammad Naim, a spokesman for the Taliban’s political office in Doha, a “calf”, an Afghan insult to the illiterate.

The arrest caused criticism across the country, and many sought his release.

This is not the only arrest since the group was hijacked. At least 31 journalists have been detained or arrested by the Taliban since August, according to the Journalists Association.

Here is a list of people detained each month. Updated monthly.

His relatives said he was arrested in Kabul on January 6th. It is not yet known why he was detained.

On December 5, Taliban fighters stopped a press conference by Afghan lawyers in Kabul and detained several members of the lawyers who had gathered to oppose the Taliban takeover of the bar association. But they were released after a few hours.

According to his son Roman Noori, on December 27, Mohammad Arif Noori, the founder and owner of Noorin TV, one of Afghanistan’s private television networks, was taken to the Taliban from his home in Kabul. He was released two days later without explanation.

According to the Committee to Protect Journalists, freelance journalist Sadaqat Ghorzang was attacked by a Taliban fighter and his camera was thrown into a river near the Torkham border that crosses between Afghanistan and Pakistan on October 25. Ghorzang was on a Tolo News mission.

On October 28, a Taliban fighter pulled Zahidullah Husainkhil, director of a privately owned radio Mahaal station, out of the car and attacked him with a rifle butt. He was taken to a local police station and detained for three hours before being released, CPJ reported.

Local journalist Sami Jahesh, along with cameraman Samim, was detained by the Taliban for reporting protests.

Two other journalists, Zaki Daryabi and Neamatullah Naqdi, worked for the privately owned Etila at Roz newspaper (which also broadcasts video news on the YouTube channel) and were brutally assaulted. Both reporters were hospitalized with serious back and face injuries. They were released on September 8th.

The Taliban must thoroughly investigate the beatings @SadaqatGhorzangWe promise that the forces will not attack the press and that the media will be able to operate freely and safely.@TOLOnews https://t.co/AL94f0jFAb

Dr. Fahima Rahamati, a female civil society activist in southern Kandahar, September 12 Said The Taliban entered her house and picked up the five.

Rahamati, who is also responsible for the Hope Foundation, said in a video message on Facebook that she had been beaten and beaten with a female family member, adding that the Taliban had arrested five men, including two of her brothers. .. Law and neighbors.

He sought resistance to the group’s rebellion. He was blindfolded and photographed when his hands were tied.

https://www.trtworld.com/magazine/timeline-afghan-dissidents-arrested-by-the-taliban-in-five-months-53485?utm_source=other&utm_medium=rss Afghan dissidents arrested by the Taliban in five months 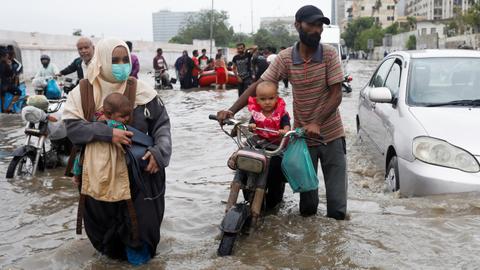