The seizure, which took place overnight Thursday through Friday in the central city of Rosario, highlights the role the Argentine port played in the international trafficking of South American drugs.

The cocaine is “worth about $60 million,” said Mariano Giuffra, the head of the federal police’s Dangerous Drugs Division.

“They are all Argentinian and some are known drug traffickers,” Giuffra added. Several firearms, a sports car and a large amount of cash were also seized.

Located 310 kilometers (190 miles) from Buenos Aires, Rosario is Argentina’s third largest city and a major port for agricultural exports to the Atlantic Ocean.

It’s also the most violent city in Argentina, with a murder rate three times higher than the national average.

The cocaine was hidden in a bag of corn feed that was about to be loaded into a container destined for Dubai.

Most cocaine is produced in Colombia, Peru and Bolivia, where the cultivation of coca leaves, the main ingredient in the white powder, is legal, but experts say Argentina is playing an increasingly important role in drug trafficking. increase.
Argentina has several major ports, providing large supplies of the high-quality chemicals needed to turn coca leaves into cocaine, and ample opportunities for money laundering.- AFP Will a sharp rise in the dollar affect other currencies? 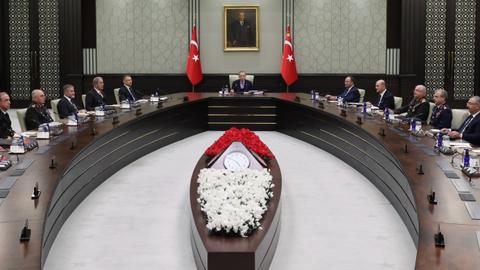 Türkiye does not allow the presence of terrorist groups in the region: NSC