On Friday, Southeast Asian ministers condemned the lack of progress on plans to resolve the crisis in coup-hit Myanmar and called on the military government to take action ahead of a regional summit later this year.

Myanmar has been in turmoil since last February’s uprising, with the death toll surpassing 2,100 in the military’s brutal crackdown on dissent, according to local watchdog groups.

Anger over the generals’ sabotage has mounted among some members of the Association of Southeast Asian Nations (ASEAN), especially after last month’s execution of four prisoners, including two prominent pro-democracy advocates. All the more so.

The joint statement was issued after the foreign ministers’ meeting in Phnom Penh.

Ministers said they were “deeply disappointed by the limited progress and insufficient commitment by the Naypyidaw authorities to implement the five-point consensus in a timely and complete manner.”

And in a veiled warning to Myanmar’s military government, the statement referred to Article 20 of the ASEAN Charter, saying a summit later this year could take action against “non-compliance.” pointed out there is.

ASEAN decisions are normally made by consensus, but Article 20 allows the summit to overturn this principle.

Wunna Maung Lwin, Myanmar’s top diplomat, was not invited to Phnom Penh and was unable to attend the foreign ministers’ meeting in February.

Earlier in the week, Malaysia, which has led calls for tougher action, suggested Myanmar could face suspension from the bloc if member states do not see concrete progress before the summit. did.

ASEAN has long been ridiculed by critics as a toothless chatterbox, but Malaysia, along with the Philippines, Indonesia and Singapore, have called for a firmer line with Myanmar.

A statement on Friday said ASEAN’s special envoy to Myanmar must be allowed to meet with “all relevant stakeholders” – following the junta’s decision to block access to the detained Suu Kyi. I’m hinting

The Nobel laureate and icon of democracy faces a string of charges that could carry her to more than 150 years in prison.

The difficulty in reaching consensus in ASEAN was acknowledged by a visit to the EU’s foreign policy chief, Josep Borrell, who was in town for regional consultations.

But he stressed that “the situation in Myanmar calls for bolder and stronger action.”

“It’s clear that the military government is not listening,” he said, calling the recent executions “a clear provocation.”

The latest communiqué does not specifically mention the dispute between China and the US this week after US House Speaker Nancy Pelosi’s visit to Taiwan.

An enraged Beijing launched its largest-ever military exercises in the waters around the autonomous island following Thursday’s visit.

The situation “could lead to miscalculations, serious confrontations, outright conflicts and unpredictable outcomes between major powers,” they said in a joint statement issued Thursday.

On Friday, ministers also held regional security talks with their counterparts from the United States, China, Russia, Japan and Australia at the East Asia Summit.

Nearly 2,100 households in Taipei lost power for one hour: Taipower Police attack the director’s house at the Tokyo Olympics 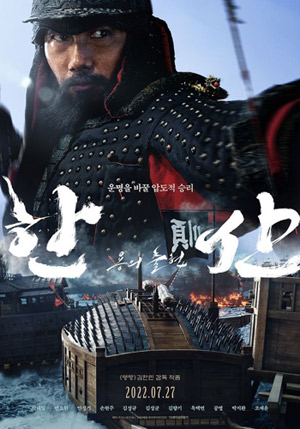 Department of Education update on school activities next week Didi will be fined $ 1.28 billion after Beijing concludes its year-round investigation – SupChina