The white dome of the US Capitol shines all night, illuminating small groups down the hills, tightly bundled in the cold of winter, and carrying telephoto cameras and binoculars.
The miscellaneous crew isn’t there to film Washington’s famous monuments. They are aiming at the snowy owl, a rare creature from the Arctic.
“I’m there!” Shouts one of the birdwatchers.
The crowd repositions to get a better angle.
“It’s amazing,” says enthusiastic Mereia Rose, 41. “I’ve been bird watching for a long time. This is the first time I’ve seen a snowy owl.”
Bird watching, or bird watching, is a popular pastime in the United States, where hobbyists usually hike through the woods or camp in the countryside to find different types of birds.
Therefore, the appearance of the majestic owl in the city a week ago was far south of its normal habitat and proved to be a magnet.
“You can see the Capitol,” Rose said, wrapped in a large winter coat and accompanied by her partner. “The contrast with the city, the wilderness, especially it’s so … having a monumental and iconic DC is fascinating.”
Couples who hired babysitters for special occasions were able to take a closer look at rare birds and mark “snowy owls” from the “Life List” catalog of all the birds they saw.
Like others staring at young female owls identified by gray and white feathers, Rosa was warned of arrival by eBird, the network used by birdwatching to inform particularly interesting discoveries. .. The network recorded 200 million observations last year by 290,000 enthusiasts around the world.
Users have identified a snowy owl near Union Station, a lively transportation hub down the road from the Capitol. There, a row of taxis turned around the grassy park, sidewalks crossed, and homeless tents were found.
In the center of the park, above the marble fountain, the yellow eyes are looking for a night treat. Probably one of the countless mice in the capital.
One of the recent visitors was none other than Jack Pittelloud, the Swiss Ambassador to the United States and a passionate birdwatcher.
“The snowy owl has been on my list for a long time, but it’s really great to see it in the middle of Washington, DC,” Pitteloud told AFP.
“She was really a Union Station superstar!” He added.
These “snow and ice birds” with wide white wings “like creatures of another world,” explained Professor Kevin McGowan of the Cornell Lab of Ornithology.
Snowy owls live near the Arctic for most of the year, but most travel south during the winter. It usually stops near the US-Canada border.
So far, South’s visit to Washington is “like a polar bear coming to your neighborhood,” McGowan said.
“Snowy owls are very charismatic birds,” said Scott Weidensaul, co-leader of Project SNOWstorm, a group that studies and tracks snowy owls. “Especially in bird watching in the Washington, DC area, it’s a rare event to see bird watching there. As you know, it’s a big deal.”
Edward Edder, wearing a black down jacket, has set up his camera for two consecutive days.
“During the (coronavirus) pandemic, many people became infected or enthusiastic about birdwatching,” explains a 71-year-old retiree.
As parents show the way, a small group of children try to catch a glimpse of the bird. You may even recognize this as a relative of “Hedwig,” a companion to the Harry Potter Snowy Owl in cult books and movie series.

http://www.gulf-times.com/story/708026/Birdwatchers-flock-for-a-glimpse-of-rare-snowy-owl Birdwatching flock to catch a glimpse of the rare snowy owl in the U.S. capital

Chennai roads were abandoned in a complete blockade 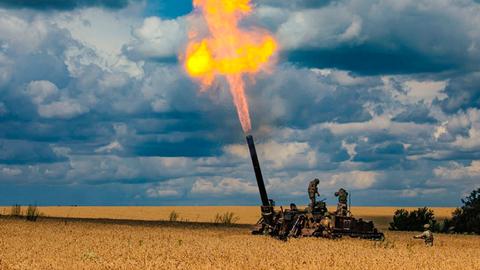 Live Blog: It’s time to focus on the Ukrainian ceasefire 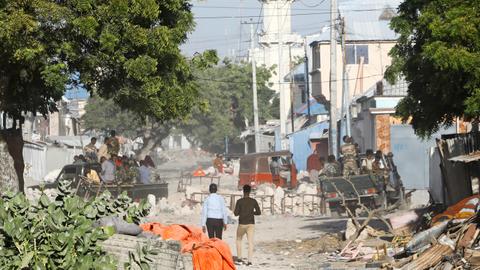 Al-Shabaab carries out a deadly attack near Mogadishu in Somalia