Russia’s threat to Ukraine is not the only potential crisis in Eastern Europe this year. Bosnia and Herzegovina is heading into a period of serious political turmoil with a major election scheduled for October.
Bosnia has never been a simple place. From the latter half of the 19th century to the beginning of the 20th century, crises broke out one after another, and finally World War I broke out. Then, when Yugoslavia collapsed in the second half of the 20th century, a brutal war between Bosnian Muslims broke out. (Bosnian), Serbian, and Croat.
The Dayton Agreement ended the conflict in 1995, killing more than 100,000 people and expelling millions more, including the July massacre of Srebrenica. The next step was to build a functional state from the wreckage. However, the only remaining functioning organization was the army of three groups, and many local leaders considered peace to be nothing more than a continuation of the war by other means. Expectations for a new generation of non-national leaders to rise from the ashes were quickly shattered.
International aid has transformed the country and obscured most of the traces of war, but due to the continued political dominance of nationalist parties, its politics remains severely dysfunctional. As a result, the prospects for Bosnia to join the European Union appear to be farther away.
In Bosnia’s 2021 annual assessment, the European Commission stated that “political leaders continued to engage in divisive rhetoric and non-constructive political conflicts.” Factually no progress has been made in meeting the 14 benchmarks for initiating EU accession negotiations, “during the pandemic, the negative effects of widespread corruption and signs of political capture continued to emerge strongly.” Neither the judiciary nor the political leaders were able to tackle these issues.
In addition, due to the “general phenomenon of corruption” and the “inefficient and oversized” public sector, Bosnia’s per capita GDP remains only one-third of the EU average. In the last few years, an estimated 500,000 people have left the country and lost valuable young talent.
Bosnia should be doing much better than it was 26 years after the end of the war.
Instead, another serious crisis is imminent. Bosnian Serbian leader Milorad Dodik is promoting the Republika Srpska (one of the two most autonomous regions of the country) to defeat the Kuomintang drum and claim greater independence against the central government. increase. Rhetoric is intensifying in every way, leading to another call for international intervention by High Representative of the European Union, Bosnia and Herzegovina, Christian Schmidt.
But this is the wrong medicine for those who afflict Bosnia. One factor in the current political crisis is a controversial new law banning genocide denial, which was imposed last summer by international officials leaving the country a few days before he resigned. The Bosnian Serbs quickly responded by withdrawing the common state function, and since then Dodik has issued a strict ultimatum.
Dodik occasionally calls on the Republic of Srpska to completely escape from Bosnia. This rhetoric is his headline, but it shouldn’t be taken seriously. After all, both Serbia and Russia explicitly call for respect for Bosnia’s territorial integrity.
However, the crisis deepened the division of Bosnian nationalists and highlighted the turmoil at the heart of the presumed role of the international community in the country. Should Bosnia be a protectorate where the international community is free to devise, impose and implement decisions? Or is it really the sovereign state that needs to solve its own problems?
In a sense, the office of the High Representative of the European Union, where I first served after the war, went from part of the solution to part of the problem. On the Bosnian side, its presence always requires international action against the disliked Serbs of Bosnia and Croats of Bosnia, but for the latter group, such actions do so. I’m afraid that it might be. The result is paralysis and distrust. Neither side feels the need to sit down and confide in the hard compromises needed to make the country work.
The main cause of the current crisis is the Bosnian general election later this year. In the 2020 local elections, the opposition made impressive profits to the dominant nationalist forces in Sarajevo and Banja Luka, the Serbian center in Bosnia. Fearing further losses, nationalist leaders on all sides are keen to create new crises to scare and mobilize their bases.
It is important that the general election is held as planned. But then the international community needs to rethink its approach to Bosnia. If not ready to assume full protectorate power, it should retreat and leave with a grudge for national leaders to organize things themselves. The process will be slow and difficult. But if Bosnia could function as a sovereign state, sooner or later it must happen.
To retreat, the international community needs to establish two harsh conditions. Bosnia’s territorial integrity needs to be maintained. And with the ability to bring in rapid NATO reinforcements as needed, a small EU military mission in the country should remain.
This year will definitely be politically confusing for Bosnia. Bosnian Serbian nationalists want to delegate more power to them, and Dodik is on the verge of rallying his supporters despite new US sanctions against him. May engage in policy. At the same time, Bosnian nationalists will demand the concentration of more power in Sarajevo and will seek the help of the international community to impose this. As part of them, Croatian nationalists in Bosnia will remain terribly unhappy (rather than unjustly) with election legislation that effectively denies their representation in the country’s highest decision-making bodies.
This political crisis is certainly not the first, not the last, of Bosnia. Another call for large-scale international intervention is not surprising, but they are unwise. Bosnia should no longer be treated as a protectorate. The EU and US are still ready and willing to support, but Bosnians will ultimately have to take responsibility for Bosnia. — Project Syndicate

• Carl Bildt is the former Prime Minister and Foreign Minister of Sweden. 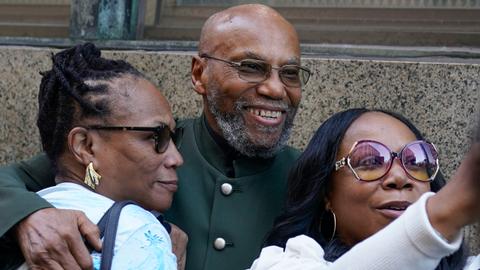