Divided from the Indian subcontinent, yet deeply connected to it, Sri Lanka has never had the opportunity to construct and shape its own foreign policy. The pinnacle of her diplomatic relations under her three Bandaranaike regimes over the course of two decades demonstrates her dedication and integrity towards this end. But with the arrival of a staunchly pro-Western government in 1977, the emphasis on non-alignment that characterized the island’s foreign policy collapsed, and was never recovered or restored.

Of course, commentators would argue that Sri Lanka need not be non-aligned. They would also point out that the Non-Aligned itself does not prevent them from making choices or siding with their friends. It didn’t prevent him from putting one interest above another in the prime of the decade. The Gandhi government, a united front government (1970-1977), was able to balance Pakistan’s ties to the 1971 Bangladesh War and Western ties to the Soviet Union.

In fact, the former colonies of Asia and Africa were never explicitly allied with either side of the Cold War after decolonization. Ideologically many, if not most of them clung to the socialist economic system, or something that could pass for a socialist economic system. However, this did not necessarily mean that they would piggyback on the socialist bloc or, conversely, alienate the Western Front. Gamal Abdel Nasser’s attempt to obtain American funding for the Aswan Dam and Sirimavo Bandaranaike’s ability to obtain Western aid for his 1971 riots are a testament to these former colonies’ showed that the indigenous elite did not. [always] Identifies their diplomatic relations with one side of the Cold War and excludes the other.

The socialist left sided with these trends. Throughout the Third World, especially in countries like Sri Lanka where traditional Marxist categories make no sense, [significantly non-Communist] The left advocated alliances with parties that, from the Marxist point of view, were hardly radical or revolutionary. While Nasser continued a troubled and ambiguous relationship with the Communist Party, the LSSP did not advocate an unfair pact and subsequent agreement and alliance with the SLFP. Similar ambiguous positions on foreign policy from these organizations It was logical to expect

Of course, those groups are not the only ones. Even the hubs and centers of the ideologies and trends they espoused often deviated from orthodox lines. Thus, Ceylon’s Maoist forces, while maintaining a line of opposition to the Sirimabo Bandaranaike government, could not fully tolerate China’s decision to provide that regime with military aid for the 1971 uprisings. Internationally, the shock of Deng Xiaoping’s reforms could not be overcome or come to terms. In foreign policy, as in domestic policy, discretion often played a large part in courage. Ideological abstractions also played a role, but they were often omitted for better relations with other nations.

The lines drawn during the Cold War sharpened considerably in Asia and America in the 1970s and 1980s, often disrupting decades of political divisions in these countries. In Sri Lanka, elections for a left-wing government have failed to prevent a radical left-wing college riot. Four years later, the professed left-wing government split, ousting the two oldest left-wing parties in the country. Neoliberal authoritarianism, as introduced in Chile with covert US support, became a reality in 1977.

In Sri Lanka, Clinton’s third centrist government was elected, following the first and second waves of neoliberal authoritarianism (two UNP governments of JR Jayewardene and Ranasinghe Premadasa). The country’s play with socialism. Under Chandrika Kumaratunga, Sri Lanka’s non-allied credentials were restored, but never to the same degree. After all, it was under Kumaratunga that Israel established an embassy in Colombo. This was the earliest feature and motif of the Non-Aligned Movement.

It is tempting to argue that none of these changes could have happened without the end of the Cold War. To say so is to assume that the end of the Cold War happened because one set of powers defeated all others. welcomed This is what Charles Krauthamer rightly called the “unipolar movement.” For some it was the end of history, for others it was the triumph of liberal democracy. I was told that in this brave new liberal world, power no longer has a say in international relations. As such, many calls for the abolition of institutions like UNCTAD and NAM have been lamented by diplomats like the late Gamani Koria.

There are many pitfalls to this discussion, not all of which are worth mentioning here. I would argue that the unipolar moment ended in 2001 when two of his planes crashed into the World Trade Center in New York, the capital of liberal internationalism. More or less what started in 2001 will culminate in January 2022, with Vladimir Putin recognizing his two separate regions of Ukraine and continuing to redefine the geopolitical frontier of this century. It was started. Long seen as a trusted friend of the West, Putin has now turned into a symbol of the continued relevance of power in geopolitics, suggesting that the Cold War never ended. It’s still left.

By all accounts, the new Cold War is different from the old Cold War. Today’s clash he is not between two superpowers, but between different powers fighting over different interests. The world was simpler back then. It’s more complicated now. While great powers like India and China are battling each other for control of certain regions and interests, developments like the war between Russia and Ukraine have put them at the same table. Xi Jinping against India’s new president congratulations and Wang Yi’s meeting with Delhi’s ambassador to Beijing should not be seen as mere formality, and India’s Foreign Minister Jaishankar’s remarks should be seen as the ramblings of a frustrated government official. not. These episodes clearly suggest the complexity of geopolitics. There, no more permanent friends or foes than in her two warring halves, there are only interests.

Sri Lanka has so far not been lucky enough to benefit from these developments.It has been guided by a philosophy that died in 2001. This philosophy has been adhered to by the most ardent supporters of liberal internationalism. So those who believe that Western rhetoric about human rights and democracy is what it claims and nothing else. As Rajiva Wijesinha says the book Representing Sri Lanka is worth a closer look, these groups form a significant part of our country’s foreign policy establishment. This fact has prevented countries from making much-needed choices in their diplomatic relations.

In his book, Wijesinha lashes out at two trends within Sri Lanka’s foreign policy regime. One is a policy of hedging all bets on the future of the country in its relations with the West, and the other is a policy of avoiding and demonizing abstractions like human rights of the West and the seemingly “Western”. . and democracy. As Dayan Jayatilekha so eloquently pointed out, the former line nearly lost us to war, but the latter line lost lasting peace. In no cycle, we stick ourselves to one of the major powers and just rudely switch sides to another, ignoring the concerns of our ex-partners. The recent turmoil surrounding China’s “spy” ships is the latest in a string of irregularities that will likely continue for some time.

A foreign policy, stripped of all abstractions, is a mere expression of national interests. Sri Lanka, trapped in the past, has yet to accept this fact. However, in the face of unprecedented crisis, we can no longer afford to think so. We have to know what’s going on outside and realize that what matters is what we need. And what we need now is a foreign policy that is aligned with our interests.

The writer is an international relations analyst, researcher and columnist and can be reached at udakdev1@gmail.com.

Bernama - Not appropriate to host GE15 next year Ministry pledged to support the development of tourism cooperatives 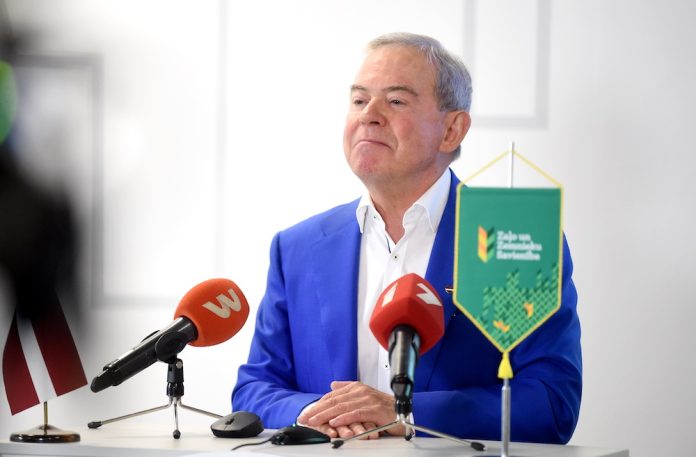 Lembergs and his anti-NATO stance were praised by the Russian propaganda program. 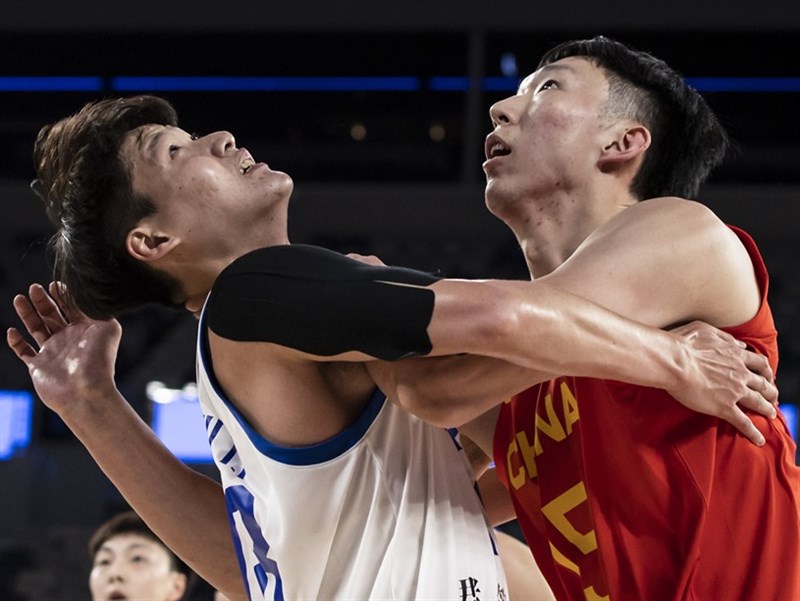 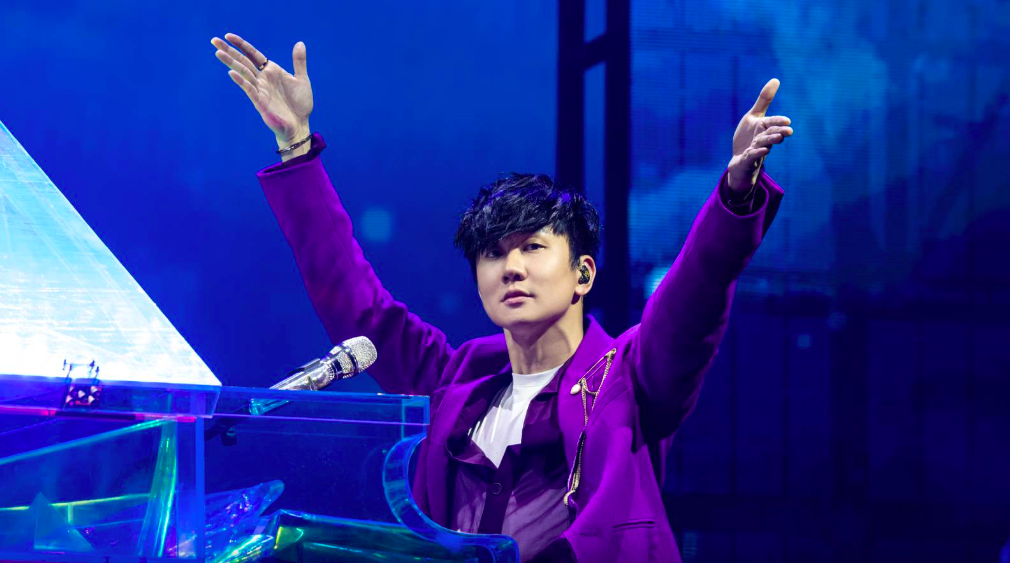 JJ Lin is finally back on the World Tour stage! –