This month, the world may have celebrated the decline of the COVID-19 pandemic. Instead, apartheid and limited production of the vaccine continue to contribute to the spread of the coronavirus.

It’s been a year since the first COVID-19 vaccine was approved, and we hope that humanity will be free from the disease. Scientists have played their part in creating safe and effective vaccines at unprecedented speed. But world leaders couldn’t get them all.

Public health experts, developing country governments, and the People’s Vaccine Alliance have warned that sustained low vaccination rates in most parts of the world will create risks for new variants and prolong the pandemic.

We argued that in order to end the pandemic, developing countries need to be able to make their own vaccines. We urged developed countries to remove the World Trade Organization (WTO) barriers and share vaccine technology and COVID-19 treatment rights. Former world leaders, Nobel laureates, nurses, legal scholars, and millions of individuals have repeated this call.

However, developed countries succumbed to the pressure of pharmaceutical companies and did not listen. Despite receiving huge amounts of public funding to manufacture vaccines, these companies still determine supply, distribution and pricing conditions. Pfizer, Moderna and BioNTech alone are making $ 1,000 per second from the COVID-19 vaccine.

By prioritizing profits, less than 4% of people in low-income countries are fully vaccinated, creating optimal breeding grounds for new subspecies. On the other hand, at least 5 million people around the world have died from the virus, but by calculation, quite a lot have died.

In Africa, pain is mixed with anger. The continent remains unprotected, with only one-quarter of African health care workers fully vaccinated and preparing for more variants. Like many Africans, I lost friends and family to this illness. Exhausted relatives in my home country of Uganda no longer announce their death – not to mention reporting the incident. In Africa, 6 out of 7 COVID-19 cases have not been detected.

It feels like déjà vu. Between 1997 and 2006, 12 million Africans died of HIV / AIDS as drug monopolies priced life-saving antiretroviral drugs in poor countries. Gaining access began with people living with HIV and took a vigorous movement that expanded to include everyone from doctors and religious leaders to Nelson Mandela. Eventually, governments such as India, Thailand and Brazil and generic drug producers worked together to break the monopoly and the price of HIV drugs fell by 99%.

Imagine the world learning the lessons of its historical injustice. Imagine a year ago that world leaders agreed to generously indemnify vaccine developers, but did not give them exclusive rights. Imagine they insisted that vaccine producers must openly share successful prescriptions in order to qualify for tens of billions of dollars with public funding.

Imagine they agreed to pay qualified producers to produce vaccines in both developed and developing countries. And imagine that the government began building sufficient additional manufacturing capacity around the world over a year ago, rather than relying on a few corporate monopolies to reuse some factories.

It’s moral to have people sitting on vaccine technology and making billions of dollars, as billions of people are left unprotected and millions are dying inevitably. It’s a disaster. We need to imagine another way. It is a way to vaccinate the world, address known and future varieties, and promote a fair global economic recovery from a pandemic. Just as U.S. President Franklin D. Roosevelt dismantled an industrial monopoly to fight tyranny in World War II, the U.S. can help the world overcome a pharmaceutical monopoly to fight COVID-19. increase.

Wealthy countries need to increase overdose donations and end vaccine storage. Despite repeated declarations, as of October, developed countries provided only 14% of the 1.8 billion promised vaccine doses (already inadequate). These countries can also encourage the purchase of vaccines. But, as Botswana did, even if African countries buy their own supplies, more than wealthy countries pay, and if they buy 500,000 doses from Moderna for $ 29 each, the company promises delivery. Often it can’t be done.

However, while donations and charities are welcome, they are by no means sufficient. To end the pandemic, developing countries must have the right and recipe to produce their own reliable supply of safe and effective vaccines.

The US government has funded and collaboratively developed the vaccines sold by Moderna through an agreement with the National Institutes of Health. If manufacturing know-how is shared with the World Health Organization through the COVID-19 mRNA hub in South Africa, qualified manufacturers around the world can start manufacturing it. Experts have identified more than 100 eligible companies with the ability to produce COVID-19 mRNA vaccines in Africa, Asia and Latin America.

The proposed temporary intellectual property waiver covering all COVID-19 vaccines and technologies at the WTO remains a necessary prerequisite for defeating the pandemic. The exemption removes complex legal barriers to expanding vaccine production by giving the government the power to choose when and how to implement patent protection. The exemption allows you to end the global monopoly of the drug company, but you can still get compensation.

US President Joe Biden was right to “reaffirm” the importance of approving the exemption for the emergence of Omicron variants. The United States can use its diplomatic and economic influence to end opposition to other wealthy forces and accept resolutions that benefit the entire world.

No more years to lose. Only solidarity can end this pandemic and save millions of lives.

Winnie Byanima
Managing Director of UNAIDS and Deputy Secretary-General of the United Nations. 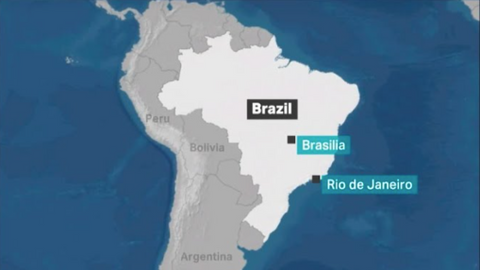