China’s oil consumption is expected to continue to grow for 10 years due to strong chemical demand and reach a peak of about 780 million tons per year by 2030, according to a related research institute of China National Petroleum Corporation (CNPC). It has been.

Last year, a research group called the CNPC Institute for Economic Technology (ETRI) said China’s oil demand would peak at 730 million tonnes a year by around 2025.

According to ETRI, after 2030, the electrification of automobiles will reduce transportation consumption, while the demand for chemicals will be stable, and the overall demand for oil will decrease.

“China’s coal consumption will peak at around 3.6-4 billion tons between 2021 and 2030,” ETRI said, with coal-fired power plants as backup energy sources.

It follows the government’s plan to reduce coal consumption in China, the world’s largest greenhouse gas emitter, in an “orderly” way as part of its efforts to reach peak carbon emissions. is.

“The gradual withdrawal of traditional energy sources should be based on the establishment of safe and reliable new energy sources,” Chinese leaders said at this month’s agenda-setting meeting.

ETRI also said that consumption of natural gas, the main bridge fuel between energy conversion and carbon reduction, will peak at about 650 billion cubic meters per year by 2040, driven by consumption from industry and generators. I expect to reach it. 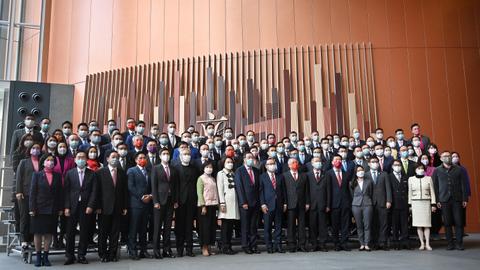