There was talk of a Christmas tree being removed from the Avenues Mall store due to the Shariah Act. However, it was subsequently reported (fortunately) that the deletion had nothing to do with religious reasons and was the result of a regulatory breach. Someone even said the tree had been moved to another location in the same mall. Rumors have opened a can of worms, whatever the actual reason or the truth. Locals were interviewed about their views on the incident, and there were a few who said it was against Islamic principles to have a Christmas tree in public. Thankfully, other locals didn’t see it as a threat at all, and some locals even liked the idea of ​​a Christmas tree. It is unpleasant to think that this should be a question raised, or even a matter of debate, as it exposes our prejudices in the first place. (One local interviewed made it clear that the country has only two holidays, which is a reference to the two Eids of the Islamic calendar). Some may argue that it is fair enough. But the question is why non-Islamic countries discourage Islamic customs, which is considered Islamophobia, but in this region (or country, or even for that matter) we embrace others. No mention of phobias or addresses Explicit denials we have regarding our phobias?

This is 2021. It will be 2022 within two weeks. Today, as we are in an era of globalization, it is inaccurate to identify a country based on religion, and we can see how the “us vs. them” spirit is having a negative impact. .. It affected the earth. Moreover, this model will not work unless you enjoy discrimination.

Yes, it is predominantly Islamic, just as there are predominantly non-Islamic nations in this world. However, in all these countries, temples and festivals of other religions are allowed. How about us, Kuwait? Why are we so crooked in hell (please forgive puns) while still stuck in the realm of separation? Are most other Islamic countries (including most of our neighbors) “less Muslim” than we are? And if so, what message do we send: should Islamic countries take pride in their monopoly rights?

If you do not receive the note, the splittability is no longer dujour. The new earth is all about inclusiveness. And if you’re not ready for that, try forgiveness (the euphemism of “We don’t like you, but it’s okay, we coexist with you”). Even the slightest forgiveness will work here. Even with a dash.

https://news.kuwaittimes.net/website/christmas-and-all-that-jazz/ Christmas and all that jazz 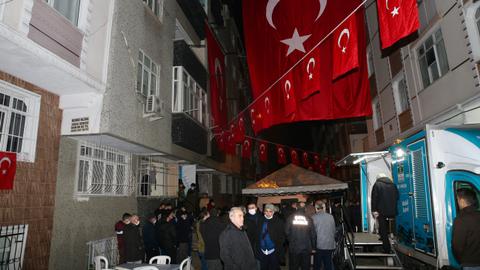