A magistrate compiling evidence against Marsaxlokk parish priest Father Luke Segna has decreed that his charges are well-founded.

The decree, a compilation of evidence against Segna, who faces misappropriation, money laundering, fraud and forgery charges, was issued by magistrate Natasha Galea Sibelas at the end of Wednesday’s meeting.

A police investigation found that he had hundreds of thousands of euros in various bank accounts and owned five motorbikes and two cars, despite his relatively modest income as a clergyman. It turned out that

Many witnesses testified today. His three men a priest bought a car. The man who sold him the garage. and the notary public who issued the contract relating to its sale.

Two parishioners who donated to the parish were also summoned.

Dylan Gerada said in court that he had sold his Land Rover Defender 110 to Segna, who admitted in court. He published his €28,990 bill.

The next witness, Sergio Polidano, also identified the defendant in court and testified that he had sold a used Honda C70 motorcycle to Segna for €700 in cash.

Neil Anthony Borg has said in court that he sold the garage across from Paola’s church to a priest.

Notary Public Tony Abella is summoned to testify about the sale of Paola’s garage. He told the court that his son, who is also a notary public, issued the sales contract after the company had a professional due diligence provider perform a check of the parties. said.

Abella praised Segna’s contributions to the Rabat diocese, where he had been vice parish priest for six years, and thanked him for his support of the town’s poor.

Marsaxlokk parishioner Maria Carmela Pulis also testified Wednesday. I confirmed that no one had told her about the incident before.

She said she had issued a check for €120 to “Parroċċa Marsaxlokk” which she donated to the fund to maintain the parish church in Marsaxlokk and handed it to the parish priest.

Checks for 30 and 38 euros were also on display. Witnesses said they sponsored the stained glass windows in 2020.

Witnesses seemed perplexed when Bonnet Sludden asked her, “How confident are you that the money was used for these purposes?” The defense objected to the “silly” question being asked. “You’re driving this lady crazy with a check for 30 euros,” protested attorney Matthew Schelleb.

James Zerafa testified that he used Revolut to transfer €300 to Seguna over three years.

When asked by the prosecutor if he had been told how the money was spent, the witness replied: i trust him All donations I offer are based on trust. If this situation changes, I reserve the right not to donate again. ”

Another parishioner, Rosemarie Mercieca, testified that she sent Segna money to Revolut as a token of gratitude for the priest’s work.

After all of today’s witnesses have finished testifying, Herrera told the court that the defense would not challenge the prima facie evidence, overturning its previous position, and the recent adoption of pressing accusations of money laundering in all cases. I told you that I called the prosecutor about the practice that was done. money is involved.

“Our client faces four charges: embezzlement, money laundering, fraud and counterfeiting. The source of the funds must be illegal and you are trying to hide the source of the funds.In this case they are donations to the parish and are perfectly legal and the check was deposited in the bank. We have come to the absurd position that money laundering charges are added to every crime.

“The forgery was also dismissed, and the signer of the check in question is a deceased person. The defendant actually celebrated her funeral,” the attorney said, adding that the charges were made after her death.

In his rebuttal, Attorney General’s Office Prosecutor Andrea Zamit argued that there was a case to answer and that the court “had every opportunity to see this.”

Zammit said that in the eight-hour final trial, the AG had already presented sufficient evidence, but the defense had “frustrated” and blocked the testimony of the police inspector.

A bank representative also testified about the check, he said.

Regarding fraud charges, Zammit explained that there are the following elements: behind the scenes“These people don’t even understand that they’ve been duped,” he said. “The main victim is the Archdiocese of Malta, and there are other victims, some of whom have already testified.”

After reviewing the submissions and evidence, the court determined that there was a case to answer and that there was sufficient evidence to justify the indictment of Segna.

The lawsuit will continue in October. 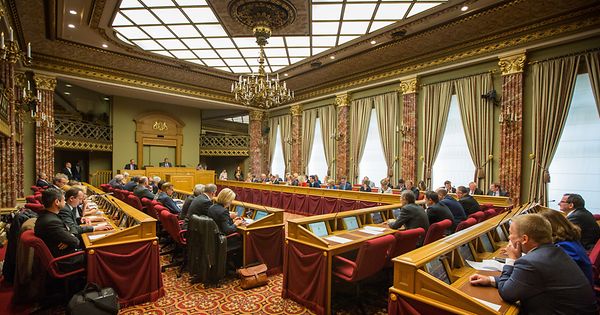