Giorgio Armani is the first major Italian fashion label to cancel the show this year due to a new wave of Covid-19 infections that are skyrocketing in Europe.

Italian fashion house Giorgio Armani has canceled the January show in Milan and Paris due to the increasing number of cases of Covid-19 in Europe.

“This decision was made with great regret, with careful reflection in the light of the worsening epidemiological situation,” he said.

Fashion House said the men’s Emporio Armani and Giorgio Armani shows for Fall / Winter 2022/23 at Milan Fashion Week this month will not go any further.

The group, contacted by Agence France-Presse, said there are currently no plans to replace the show with digital presentations.

Would you like to return to the virtual show?

Armani is the first major Italian fashion label to cancel this year’s show due to a new wave of infection, as it hit Italy at the start of the February 2020 pandemic.

Last May, Giorgio Armani Announced resumption Of a fashion show with a live audience.

It continued for a year when the fashion industry relied on “virtual” shows. That is, an online presentation of an unattended catwalk show, or a short film promoting a new collection.

Italy, like other countries around the world, is experiencing a surge in cases caused by new Omicrom variants. On Monday, it reported more than 68,000 new cases and 140 new Covid-related deaths.

COVID cases in Telangana doubled in one day, resulting in 1,052 new casualties

Over 100 clinics available at stadiums, fanzones and accommodations: MoPH 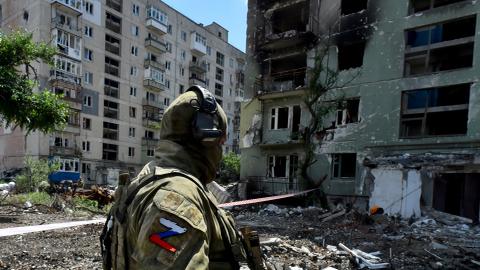