There are two nuclear power plants in the Czech Republic, but there is no place to store radioactive waste. At least in the long run. For now, nuclear waste is stored in barrels inside the power plant itself, says Jiří Bezděk, a spokesman for the Dukovani nuclear power plant, who took Czech radio to a tour of the facility.

“We can see that we are currently in a spent nuclear fuel storage facility. This fuel can be stored in a container for up to 60 years. Then we can take it out, check the container and return the fuel for another 60 years. increase.”

Containers are stored in halls, and each container is connected to a device that monitors temperature, radiation, and pressure.

Officially, the spent fuel in these containers is not yet considered “nuclear waste” as it can be recycled into a technologically new type of fuel. However, this type of recycling has not yet been carried out in the Czech Republic, and the waste owner, the state-owned energy company ČEZ, eventually designated the container as waste and then to the National Radioactive Waste Disposal Bureau. It may be handed over. (RWRA).

But there is a problem there. Currently, RWRA has no place to store waste.

Initially, the Czech government expected the construction of a deep radioactive waste storage facility by 2065, but the EU classification plan agreed earlier this year shortened the deadline to 2050.

Deputy Minister of Industry Tomáš Ehler and Dana Drábová, head of the national nuclear safety bureau, said in paper that shorter deadlines could be met. However, it requires speeding up related research activities, and ultimately deciding where the state wants to build storage facilities.

The state’s Radioactive Waste Storage Bureau, founded in 2001, has spent more than 20 years finding suitable storage locations. And it has. Four sites have been approved by the government as suitable candidate sites for deep storage facilities.

However, the locals at each of these proposed sites are strongly opposed to the construction. Some of them participated in the “Platform for Deep Storage”. This is a civic group seeking alternatives to deep nuclear waste storage and the construction of such facilities to be voted on by local governments. The organization’s secretary, Edvard Sequens, states that in other countries locals have more say in the process.

“Currently, the district has only the right to comment on the agenda, but the relevant ministries do not need to consider these. In some countries, such as Finland, which are ahead of the Czech Republic in the construction of nuclear waste storage facilities. The local districts are in a much better position. Unless this veto is revoked by Congress, they can even have the right to reject such a decision. “

Finland’s deep storage facility is scheduled to open next year. Similar facilities are being installed in Sweden, France and Switzerland. The Czech Republic will decide where to build the storage facility by the end of the last decade.

https://english.radio.cz/czech-state-looking-place-store-nuclear-waste-eu-deadline-shortens-8749305 Czech states looking for a place to store nuclear waste as the EU’s deadline is shortened Not everything is fascinating and perfect: a former Qatari princess said in an interview before her death that “money was a curse.” Geologists find gold and silver ores and make discoveries that help explain the volatility of volcanoes. 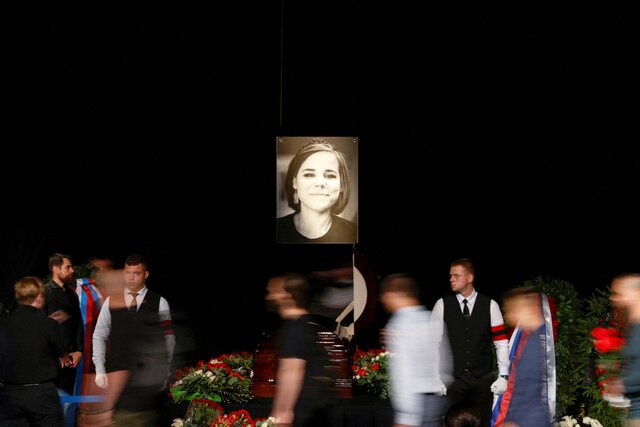