New Delhi: Deputy Prime Minister of Delhi Manish Sisodia on Saturday stressed the need to instill confidence in children, saying they should believe in their ability to succeed and encourage them to make all their dreams come true.

Sisodia was a keynote speaker at the launch of the 2nd edition of the ‘Children First’ journal by the Delhi Children’s Rights Protection Commission (DCPCR).

“The biggest flaw in our education system is that we don’t believe in our children’s ability to succeed. It shows our lack of trust in them,” he said.

We encourage children by asking them to dream within limits whenever they share the desire to become an IAS officer, a Supreme Court judge, or an athlete. discourage SisodiaIt also holds an education portfolio in the capital, he said.

“Today, a child from a poor family can be president. Similarly, every girl can achieve her dreams. .

Sisodia made the remarks referring to Drupadi Murum, who was sworn in as India’s 15th president in July, making her the first tribal head of state and the second to occupy the country’s highest constitutional post. I made her a woman.

“I dream of an India where every child can be confident and achieve what they want in life,” he said, adding that India’s education system is one of the best places in the world for people from other countries to send their children to study here. He added that it should be something like

Responding to a question about what kind of India he wanted for his children, the minister said, “I want a country with good opportunities in education, jobs, health and justice so that we do not have to depend on other countries. I will,” he said.

He said the Kejriwal government is determined to provide a better future for all children and will ensure the same through quality education and by transforming public schools and classroom environments across Delhi. I added that there are.

“The government is not just trying to make them responsible and happy people through the curriculum. Investing in their education now will do better for the country in the future,” he said.

Supreme Court Justice BV Nagaratna, a key guest at the event, said there is a need to ensure effective access to justice for children.

“India is one of the youngest countries in the world, with 41% of the total population made up of people under the age of 18. Across the country, millions of children interact with the justice system. ‘ she said.

“Given these inevitable interactions, there is a need to ensure effective access to justice. I will,” she added.

During the discussion during the event, AAP’s Kalkaji MLA Atishi spoke about the importance of the Mission Bunyad and well-being curriculum.

“Committing to basic learning and investing in the emotional well-being of children – two things that need to be front and center in any classroom or education system. While working on basic skills.

“Mission Buniyaad brought basic skills to the front and center, and hopefully it stays that way. she added.

For its second edition, DCPCR received over 100 entries from educators, child rights activists, researchers, and teachers in over 20 states. 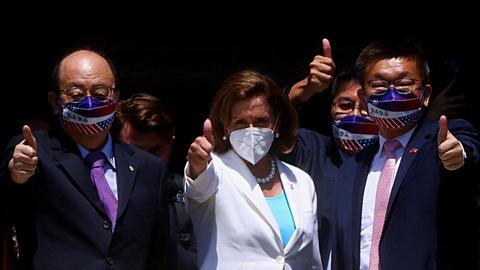