Melbourne: Australian border guards detained tennis superstar Novak Djokovic for eight hours at Melbourne Airport, then canceled his visa and sent him to a detention center, his lawyer said yesterday. Djokovic secured a Covid-19 vaccine exemption from Tennis Australia and the Australian Government because it tested positive for the virus in December.

“The date of the first positive Covid PCR test was recorded on December 16, 2021,” his legal team filed on page 32 to appeal the visa decision prior to a federal court hearing on Monday. I said in. Djokovic, who landed in Melbourne on Wednesday night after a 25-hour trip through Dubai, wanted time to take a break the next morning and consult a lawyer, his lawyer said. However, after the border authorities first agreed, his boss succeeded in putting pressure on Djokovic to allow immediate visa decisions, lawyers said.

Foreigners are still largely banned from traveling to Australia, and those who are admitted to the country must be fully vaccinated or medically exempt. They added that tennis stars have been held at the Melbourne Detention Center since Thursday morning “despite his request to be transferred” to another facility for training at the Australian Open.

Djokovic has won a legal amnesty from deportation, but it is unclear if he will play in the tournament from January 17th to 30th. If successful, he will aim for the 10th Australian Open crown and the record 21st Grand Slam title. This is a milestone that Spain’s great Rafael Nadal is also chasing. In an internal video leaked yesterday, Tennis Australia chief Craig Tiley said his organization “did everything possible.”

“There’s been a lot of criticism, but I’m sure our team has done an incredible job,” he said in a video published by the Sunday Herald Sun. Czech doubles specialist Renata Borakova, the second tennis player to go to the tournament, has her government confirmed that her visa was canceled after she was first admitted to the country. She is also located in the heart of Melbourne and is widely believed to have left the facility yesterday. AFP photo and video images show a woman who looks like Borakowa in a vehicle leaving the center.

“They brought me food and there are guards in the hallways … I feel like I’m in jail,” 38-year-old Borakova told Czech media before leaving. Djokovic, a frank vaccine skeptic, thanked his fans for his support on Instagram. “We look forward to your continued support in the future. We are very grateful to be able to feel that,” said the 34-year-old player who won the 34-year-old Australian Open nine times. .. Yesterday, more than 100 fans and anti-vaccine protesters who were drumming and chanting “Novak” gathered outside Melbourne’s immigration facility.

Some have expressed their support for Djokovic at a vaccine controversy rally attended by hundreds of people elsewhere in the city. “I don’t want to see my grandchildren get vaccinated,” said Margaret Beecham, a 67-year-old former elementary school teacher. “Novak is up and it’s a global opportunity for him to say anything about the vaccination situation and how ridiculous it is.” Many countries have tightened restrictions to fight the wave of Omicron fuel. So Victoria, the capital of Melbourne, posted a daily record of 51,356 cases yesterday.

Formerly a park hotel and officially known as an “alternative detention site,” the center for Djokovic houses about 32 immigrants trapped in Australia’s tough immigration system. Detainees cannot leave the hotel and no one except the staff can enter or leave the hotel. Last year, a fire forced immigrants to evacuate and found maggots in food, which made the five-story center notorious. Djokovic’s family says the hotel is “dirty.”

Australian star Nick Kyrgios, who has had a feud with Djokovic in the past, praised him at a press conference yesterday. “If he’s allowed to play at the Australian Open, I don’t want his bar. Prior to the pre-Australian warm-up tournament, Kyrgios said in Sydney.” If you can’t overcome adversity, you can’t be such a great champion.

Djokovic’s detention triggered international scrutiny by the Serbian government’s request for clarification. “Djokovic is not a criminal, terrorist, or illegal immigrant, but has been treated as such by Australian authorities, causing an understandable resentment of his fans and Serbian citizens,” a Foreign Ministry statement said. Australian Prime Minister Scott Morrison defended Djokovic’s visa revocation. “Rules are rules, nothing special,” he said. Judge Anthony Kelly warned star lawyers at a hearing Thursday that justice would move at its own pace through all necessary appeals. “The tail doesn’t swing the dog here,” he said. -AFP 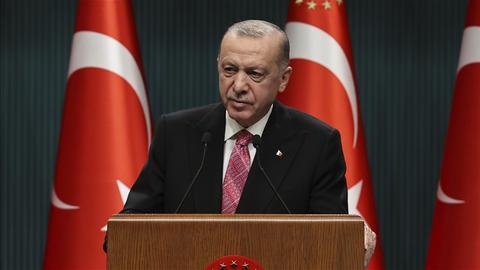