At 10:06 PM Tuesday night, a strong earthquake struck Evia with the same epicenter as 4.7R this morning. The tremor was felt strongly in a radius of more than 100 km even in Athens, the capital of Greece.

According to a revised version of the Athens Observatory, the magnitude of the earthquake was 5.2 on the Richter scale. 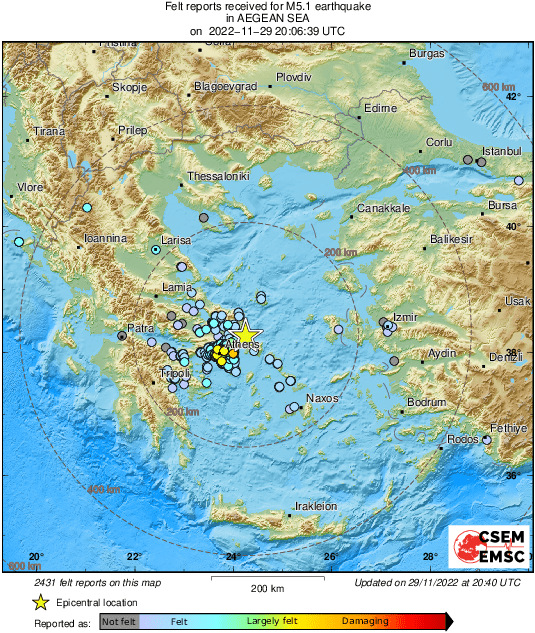 The tremors were felt in Athens, the capital of Greece, about 60km away, Corinth in the northeast Peloponnese and the Cyclades in the central Aegean Sea. 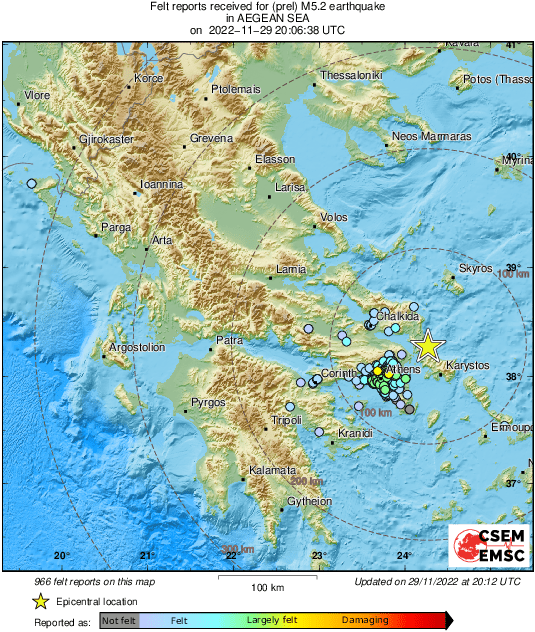 In southern Athens, 5.2R was felt as a very long, sustained shake, but without noise. In the center of Athens, some people also heard the hum.

“We are monitoring the evolution of this phenomenon,” Eftimios Lekas, a professor of geology and head of the Department of Earthquake Planning and Protection, told state broadcaster. ERT.

He admitted that the fact that the evening quake was larger than the morning quake “complicates matters.”

He emphasized, “You should definitely see the development that can be said to be the main story.”

Seismologists were unsure if the morning’s 4.7R was the main quake, speaking of an unknown fault line. The 4.7R was followed by two more tremors of 4R or more and dozens of aftershocks. (details from KTG’s previous post here.)

Mr. Lekkas seemed reassuring, saying, “It doesn’t seem possible to have a bigger earthquake in this area,” and that “the building can withstand such a scale.”

He urged residents to act calmly and expressed his assessment that no more magnitude quakes would occur in the area. Johnson’s lies worked for years until they disappeared