Al Ahli defeated Raja Club Athletic 6-5 in a dramatic post-match penalty shootout after a 1-1 draw of regulation time at Ahmad bin Ali Stadium on Wednesday, and then 8 I won the CAF Super Cup for the first time.
Raja’s Abdelilah Madkour slipped his sudden death penalty to pass the title to Ahly after all the first five archers skillfully hid the penalty.

In regulation, Raja took the lead in the 13th minute when early defender Yasser Ibrahim changed the ball to an own goal in a highly competitive tie.

With a quick counterattack by the Green Eagles, Madcourt broke through the right side and defeated Mohammed Elshenawi with an early goal. Ibrahim tried to cut the shot by simply pointing it at the net.
Hamid Ahadad, who was chasing it, had already crossed the line by the time the ball touched, but guaranteed that it would be a solid goal.

Early tried to quickly regain level in an end-to-end match, with Hussein El Shahat shooting from a distance of 20 yards, but Raja’s goal suffocated Anas Zniti.
Elshenawy, meanwhile, was forced to work when he successfully narrowed the angle to keep the shot away from Abdeljalil Djibra. End-to-end encounters couldn’t score any more goals before the break.
In the second half, Cairo’s Red Devils were more adventurous and urged Raja to defend half as he tried to get an equalizer.

Mohammed Magdi Ahusha approached when he picked up the volley from a distance, but the keeper Zunitt made a comfortable save.

Early put pressure on him, but Raja was defensive and standing tall, cutting off all the crossballs. Percy Tau approached Early with nine minutes remaining when the flick ball from substitute Mohamed Sherif landed on the pass, but his efforts to volley the keeper greatly expanded the ball.
Ahly continued to put pressure on him and was rewarded with a 90-minute stroke when Taher found the back of the net.

Zunitt just made a great save to deny Ahusha, and Tau chose to rebound and sent Taha, who hit the ball home from inside the box.

With a draw of regulation time, the game became a penalty shootout.
Al Ahli head coach Pitso Mosimane was excited after his team won the CAF Super Cup title championship.
“I would like to thank the club president El Cative (Vivo), the board, and everyone,” said Mosimane.

“Good feeling. Congratulations to all the players.
I practiced the penalty during the pre-match training session. In the end, I played against a tough opponent who tried to waste time, but I had the spirit to win. “ Additions and creations to support sustainable growth and Industry 4.0 applications 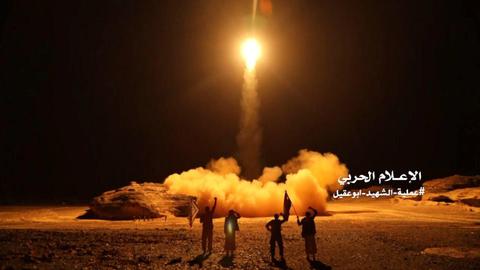 How the $ 21.4 billion Citizenship Industry Plays an Important Role in Global Mobility