After being postponed several times due to the COVID-19 pandemic, this month’s European Union-African Union Summit in Brussels (February 17-18) will be the first European and African heads of state and government leaders since 2017. gather. EU Purpose To be the African Choice Partner, the goal set by the European Commission President Ursula von der Leyen on his first visit to AU’s headquarters in Addis Ababa two years ago.

What do you need to achieve this ambitious goal? First, we need to humbly work on the EU-AU partnership. Africa is as big a continent as the United States, Mexico, China, Japan, India, and much of Europe combined. With 54 countries and about 2,000 languages, there are various opportunities and problems that make it impossible to treat the continent as being of the same kind.

Second, we have to be realistic. Between afro pessimism and afro optimism, I advocate afro-realism. Before talking about economic growth and trade relations, Europe must show that it can contribute to the peace, security and good governance of African countries. Before talking about the demographic dividend, we must also be aware of the magnitude of the challenges that uncontrolled population growth can pose to society. By 2030, 30 million young people will enter the African labor market each year. Basic education must be a top priority in order to create sustainable employment for them.

In addition, to support the global transition to green energy and sustainable development, nearly half of the population will have access to basic services on continents without electricity, and access to water and food. You have to fight daily battles. And while helping African countries develop future vaccine production capacity, we must also help accelerate current vaccination. Over 90 percent of the continent’s population remains unvaccinated against COVID-19.

In thinking about these issues, we Europeans must not make the mistake of believing that we can impose an agenda on Africa. Also, the immediate reality and short-term constraints faced by the majority of Africans should not be ignored. This is especially true now that the COVID-19 pandemic has exacerbated the continent’s vulnerability. In the Sahel, anxiety is increasing along with political instability. The Horn of Africa, where a promising democratic transition was seen just two years ago, is now very volatile. And some African countries are once again in the debt spiral.

The pandemic has also moved Africa’s geopolitical competition beyond investment and business opportunities to include values ​​and governance models. We find that the methods and agendas face other global actors that are very different from ours. Many of them do not hesitate to use disinformation campaigns or other forms of hybrid warfare to weaken Europe’s influence.

Despite these difficulties, there are still compelling reasons to choose a European-African partner. One is that the problem in Africa is ours. Terrorism and anxiety do not know the border. Sahel is not as far from Europe as it sometimes seems. The Horn of Africa’s horn instability threatens one of the most important trade routes in the world. Next is climate change. Climate change inevitably creates a new wave of migration as it destroys people’s lives and makes communities uninhabitable.

Our goals are also motivated by the abundant opportunities across the continent. Africa’s economy and society are young and dynamic. The aging society of Europe will sooner or later have to depend on them. The continent also has great potential to support both the deployment and production of abundant raw materials and renewable energy technologies.

Finally, we need to think from a geopolitical point of view. With a population expected to reach 2.5 billion by 2050, Africa is the rise of global power. Closer partnerships will allow Europe and Africa to work together to exert a much greater influence on the world stage, supporting a multilateralist model supported by both partners.

To be successful, we need a positive agenda based on joint priorities. The focus should be on achieving concrete and rapid results without avoiding difficulties. Africa does not require charity or media stunts. It really needs the cooperation and partnership that can be provided to those people.

To do so, the EU needs to combine the strengths of member states, financial institutions, development banks and government agencies. The pandemic gives substance to this notion of a “team Europe” approach, and this way of working must become a habit of avoiding fragmented strategies and all the problems that come with them.

In Africa, like anywhere else, the EU has weight only when its components work together. This is not just EU institutions and governments. Civil society and the private sector must also adapt better to the dynamics of the field.

The future of Europe will be shaped in no small measure by the future of Africa. There and elsewhere, we need to better defend our European projects by demonstrating that the value added of the EU exceeds the value added of other world powers. This month’s summit must be the starting point for building new intercontinental partnerships.

Africa, whose population is expected to reach 2.5 billion by 2050, is growing globally. Closer partnerships will allow Europe and Africa to work together to exert far greater influence on the world stage. 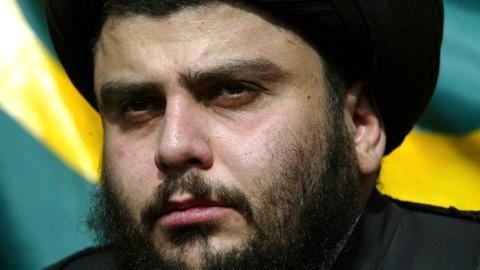