Ursula von der Leyen President of the European Commission On Friday, Brock said he recommended giving Ukraine the status of a candidate member.

“It is advisable to give Ukraine the status of a candidate, knowing that Ukraine will implement many important reforms.

Ukraine underscores its commitment to uphold European values ​​and standards. And he embarked on his way to the EU before the war, “tweet von der Leyen.

Ukraine deserves a European perspective, said the Commission’s chairman, adding that there remains important work to be done by Kieu in the field of the rule of law and the fight against corruption.

“Ukrainians are ready to die from a European perspective. We want them to live their European dreams with us,” she said.

This decision was made after the Commission, at the invitation of the Council, expressed its views on the EU accession applications submitted by Ukraine, Georgia and Moldova.

“The European Commission has found that Ukraine as a whole is very advanced in reaching the stability of institutions that guarantee democracy, the rule of law, human rights and the respect and protection of minorities. It continues its economic record and shows remarkable resilience. While it is necessary to continue ambitious structural economic reforms, it has macroeconomic and financial stability. And in many areas the EU acquisition We are gradually approaching the substantive elements. “

“On this basis, the Commission recommends that Ukraine be given the prospect of becoming a member state of the European Union. Candidate status with the understanding that measures are being taken in many areas. It should be given, “the statement added.

Kremlin spokesman Dmitry Peskov On Friday, he said the decision to grant Ukraine the status of an EU member state requires further attention from Moscow.

When asked how Moscow evaluates Kyiv’s outlook, Peskoff said, “On the intensifying debate in Europe on strengthening the defense, military, defense and security elements of the European Union. We need more attention because we know it. ” Join us in the block.

Ukraine: Zelensky thanks Italy and says Rome should be one of the guarantors of security-English

Plea of ​​guilty in abuse of Tushmobile office case

A 43-year-old man died in a suffocation in Limassol 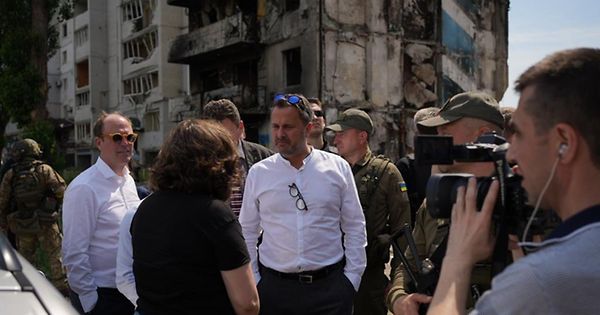 Vettel inspects war devastation during a visit to Ukraine