Noida: Noida police began an investigation on Wednesday after the cyber thug was allegedly detained for Rs 420,000 after making friends with her on social media.

A 32-year-old woman who lives in Sector 45 and works as a teacher told police on Facebook that she had made friends with a man, and in a few conversations she was trapped, officials said.

In a complaint to the local Sector 39 police station, she said: I declined at first, but gave it after his repeated requests. “

“A few days later, I got a call from a woman from Mumbai saying that the parcel had arrived at her office. It’s my name, some gold jewelery, watches, and 50 to 55 rupees in cash. But I have to pay a fee for customs clearance of the parcel, “she insisted.

The woman said she would eventually pay Rs 420,000 to Conman before she realized she was trapped.

According to police officials, the woman paid online in six installments over a 45-day period and took out a loan.

Local police officials said the FIR was filed in the case under the provisions of the Information Technology Act, based on complaints of fraud by women.

The identity of the person behind the Facebook account has not yet been confirmed, but police nominated “Aarti” as the accused in the FIR after a woman called the victim over the phone.

Further investigation into the case is underway, officials added.

In a similar scam, a woman in the Raebareli district of Uttar Pradesh was recently deceived by a friend on social media for Rs 320,000.

Raebareli police allegedly arrested three Nigerian citizens who were members of a gangster in the suburbs of Delhi last week, officials said. 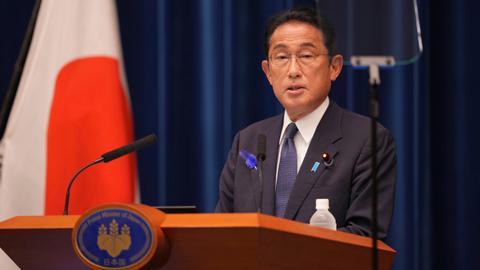 How can Japan secure enough gas if the supply of Sakhalin is reduced?