Hundreds of people have gathered in several cities in response to more than 12 rapes in African countries during recent large-scale military protests.

Hundreds of women marched in Omdurman, attacking other Sudanese cities in response to alleged rape of 13 women during a protest by the anti-military regime earlier in the week.

According to images shared on social media, women’s groups support neighboring resistance committees and parties around the capital Khartoum, neighboring Bari, Omdurman, and cities across the country, including Kassala, Damazin, Kosti, and Kadugri. In response, we organized a march on Thursday.

“They use rape to scare us into the streets and prevent families from protesting,” said Walla Abdelaziz, an activist protesting at Omdurman.

Some protesters beat the drums, while others said, “The army belongs to the barracks and the streets are full of women.”

The demonstration attracted hundreds of thousands of people to the capital Khartoum to protest the October 25 military coup.

They gathered at the presidential residence and attempted to sit down after sunset before being disbanded by security forces.

“The December 19 protest was dispersed using unprecedented violence … it was a method related to the dispersal of this protest using sexual violence, so it was a coincidence or a one-off event. I don’t think it was. “

In a statement, the United States, the European Union, the United Kingdom, and other Western nations accused rape and claimed that “perpetrators would be held liable regardless of their affiliation.”

“This protest proves that we won’t break under any circumstances,” said activist Amira Gommer.

Sudanese military and police have not commented. 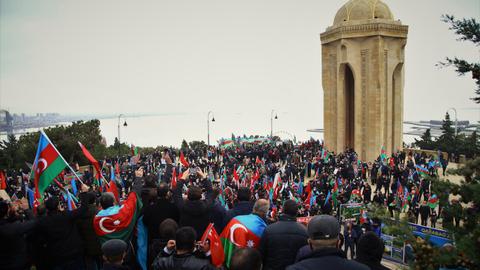