Mumbai: According to BMC disaster preparedness, the 18th floor of a building in Tardeo, South Mumbai, burned extensively at dawn, killing at least 6 people and injuring 23.

Around 7:30 am, a fire broke out at the top of the 20-story Kamla Building, warning people in nearby buildings and pedestrians in the morning to the fire brigade.

The Mumbai Fire Corps (MFB) was in a hurry with 13 fire brigades as the flames spread rapidly to the second floor, causing panic among the building’s inhabitants.

The MFB was able to rescue at least 23 injured from the raging Inferno on the third floor of the top floor, and firefighters continued to fight the flames in the afternoon.

The injured were taken to various private and public hospitals, and seven were sent to the hospital for first aid.

The remaining 16 people, who suffered various degrees of severe burns, were admitted to various hospitals.

Mumbai Mayor Kishori Pednekar and other BMC executives are rushing to the scene to oversee rescue and relief efforts and investigate the cause of the fire.

The dead victims have been identified as Purushottam Chopdekar, Manju Kantharia, and Hitesh Mistry, and the identities of three, including two women, have not yet been confirmed.

Most of the casualties were taken to nearby Batia Hospital, others to BMC’s Nea and Custarva Hospitals, and others to Macina Hospital, Reliance Hospital, and Wokhart Hospital.

Officials said the BMC ordered an investigation into the cause of many people’s fires in the building and whether there were sufficient fire alerts / combat facilities in society.

Indian opposition leader Devendra Fadnabis’ Baratiya Janata leader was shocked to mourn the dead and find that some nearby hospitals refused to admit the injured, leading to a surge in deaths. Said that.

“If this is true, the state government and the BMC must amend the responsibilities of the dead and take action against those responsible,” Fadnabis demanded. 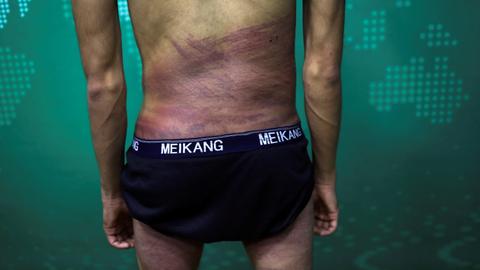