TotalEnergies SE will make another investment in Qatar’s natural gas fields, according to a source familiar with the matter. bloomberg Said.

EU countries are vying for a share of Qatar’s Northfield expansion project, the world’s largest liquefied natural gas (LNG) project, as Europe seeks to move away from its dependence on Russian gas amid Ukraine’s aggression.

The multi-billion Northfield project is expected to significantly increase Gulf liquefaction capacity by 64% by 2027.

However, the amount invested in North Field South remains unknown. This sector includes the construction of gas liquefaction plants.

In June, the French company was selected by Qatar Energy as a partner for the Northfield East Project, another gas project costing an estimated $29 billion and with a 25% equity stake.

A Qatari company holds the remaining 75%.

The second part is the North Field South project, which will increase Qatar’s LNG production capacity from 110 million tonnes to 126 million tonnes per year.

That’s partly due to German utilities RWE and Uniper edging closer to signing long-term contracts to buy LNG from the North Oilfield expansion project in an attempt to replace Russian gas, according to three people familiar with the matter. A person insider said. Reuters.

Differences in key terms such as contract length and price have thrown a spanner into negotiations between Germany and Qatar, but unnamed industry sources say the parties are expected to reach a “compromise” soon.

Russia, Europe’s largest economy, hopes to replace all Russian energy imports by mid-2024 at the earliest.

A supply deal with Qatar would provide Germany with significant advantages, but the large Northfield expansion plan is not expected to be operational until 2026, so Berlin’s energy crisis cannot be resolved quickly.

May, Reuters reported that negotiations had stalled because Germany was unwilling to sign contracts lasting at least 20 years, wanting to tie costs to Dutch benchmark gas prices rather than oil.

One source noted that the discussions going on now are “more fruitful” than a few months ago, while another predicted the utility would agree to a 15-year deal with the Gulf nation. A third source claimed the deal could close in a matter of weeks.

As it stands, two utilities already buy LNG from Qatar on the spot market. According to Bloomberg, RWE signed a contract for his LNG with Qatar in 2016 for up to 1.1 million tonnes per year and is expected to be completed by next year.

According to German Deputy Chancellor Robert Habeck, Scholz will sign the LNG contract while in the UAE.

It is “unlikely” for RWE and Uniper to strike a deal with Qatar during Scholz’s visit.

in an interview with bloomberg Qatar’s Foreign Minister Sheikh Mohammed bin Abdurrahman Al-Thani said on Wednesday that Doha has long been a trusted partner in the energy sector and that Qatar and German commercial companies are working together to supply Germany with energy. It shows that we are negotiating with

The Qatari minister stressed that negotiations were still ongoing and it was unclear if a deal could be finalized within a week, adding that the companies involved are commercial and the proceedings could be completed without interference from the Qatari government. He added that it was being done.

Qatar’s strategy is focused on long-term contracts, a top Qatari diplomat said in response to a question about the length of contracts with the German side.

Zelensky speaks to Russians about mobilization and survival in war 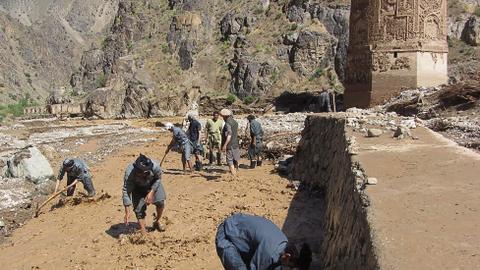 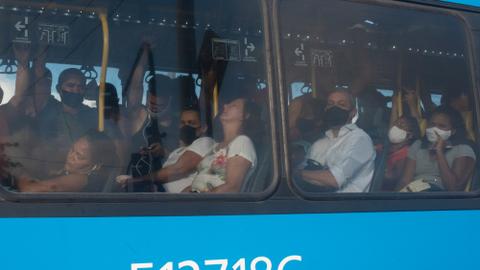