Indigenous peoples will lift the blockade of the Interamerican Highway after rival Nauara and members of the municipality of Santa Catalinaista Wakan have agreed to end the 100-year-old controversy through consultations.

Hundreds of indigenous people have unblocked major roads in Guatemala. This was after an agreement was reached in talks to resolve a bloody 100-year-old land dispute.

“The dialogue will begin in the first half of January, where border issues will be discussed,” Mateo Zep, 42, said Tuesday. Tzep is a community leader in the municipality of Santa Catalinaista Wakan, which is in conflict with the neighboring Nauara.

On Monday, Maya K’iche members blocked the Interamerican Highway in a casket of 11 of the 13 victims of the weekend slaughter in which four children aged 5 to 16 were allegedly killed in Machete. did.

The obstacles were resolved after residents of Guatemala City met with government officials and agreed to begin negotiations across the legal border between the two rival communities.

Both communities are in K’iche, but for over 100 years they have sometimes fought fiercely over land.

On Friday night, armed men with “high caliber” weapons ambushed a group of Santa Catalina Istawakan people who went to the village of Chikix in Nauara to pick corn.

The children were chopped into small pieces and the victims were burned in the truck they were driving. A police vehicle was also attacked, killing one police officer and injuring two.

The Santa Catalinaista Wakan community claims that the people of Nauara stole part of their land.

Siege for a month

On Monday, President Alejandro Jamatei declared a month-long siege in the two communities. This means that the right to carry demonstrations and weapons is prohibited.

“These incidents are no longer the product of ancestral land conflicts, but the direct result of illegal armed and organized groups that acted against civilians and security forces through ambush,” said Jamatai.

He vowed to bring the perpetrator to trial.

Three men with M16 rifles were arrested on Sunday. Authorities said they would conduct a forensic test of the weapon to see if it was used in the slaughter.

“We don’t want any more death, no more violence. We want peace and justice,” said a disabled man who only recognizes himself as Diego. Said.

According to official statistics, indigenous peoples, many of whom live in poverty, make up more than 40 percent of Guatemala’s nearly 17 million population. 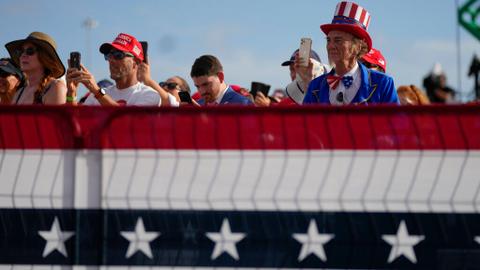