Ramallah: Hundreds of Palestinians and one Israeli soldier were injured in a violent clash near the city of Narvs on the north west bank of the Jordan River.

Of the injured, 10 were shot live, 48 were shot with rubber-coated metal gunshots, and one was in critical condition after being shot in the abdomen, the statement said.

He added that in a village in Bazaria near Burqa, 54 Palestinians were injured in a clash with Israeli soldiers.

Israeli media reported that soldiers were injured during the clash between Burqa and Bazaria. There, troops fired and disbanded the Palestinians who threw stones.

Palestinian witnesses said there was a violent clash in Burqa between Palestinian demonstrators and Israeli soldiers who arrived to protect Israeli settlers in an old settlement evacuated in 2005.

The Palestinian Ministry of Foreign Affairs said the Israeli government is “fully and directly responsible for Israel’s comprehensive invasion of Palestinians.”

In a statement, the ministry said Israeli soldiers and settlers “continue to escalate attacks on our people celebrating Christmas and New Year.”

https://www.siasat.com/hundreds-of-palestinians-injured-in-fierce-west-bank-clashes-2248525/ Hundreds of Palestinians injured in a violent clash on the West Bank 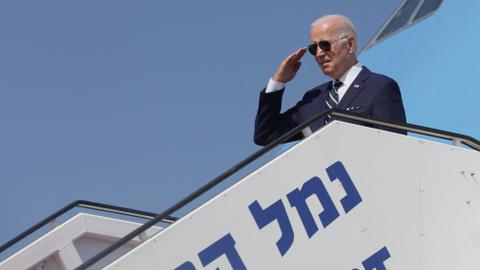