Russia’s intervention in Ukraine marked the beginning of a transition to a “multipolar world,” said Russian President Vladimir Putin.

President Vladimir Putin challenged the West to defeat Russia “on the battlefield” and said Moscow’s intervention in Ukraine marked a transition to a “multipolar world.”

President Putin gave one of the most powerful speeches since sending troops to Ukraine on February 24, saying on Thursday that the West was trying to impose on the whole world in “general liberalism.” I opposed it.

“Today I hear they are trying to beat us on the battlefield. So what can we say here? Let them try,” Putin said of Russia in Ukraine. He told senior lawmakers on the 134th day of the attack.

He accused the “collective west” of unleashing a “war” in Ukraine, and said Russia’s intervention in Ukraine marked the beginning of a transition to a “multipolar world.”

“We can’t stop this process,” he added.

He also warned Kieu and his western allies that Moscow had not “in earnest” launched a military operation in Ukraine.

“Everyone should know that we haven’t really started yet,” he said.

“At the same time, we are not refusing to hold peace talks, but those who refuse should be aware that it will be difficult to reach an agreement at a later stage.”

President Putin said most countries are reluctant to follow the Western model of “totalitarian liberalism” and “hypocritical double standards.”

“People in most countries don’t want such a life and such a future,” he said.

“They just kneel and are tired of humiliating in front of those who think they are extraordinary.”

https://www.trtworld.com/europe/if-west-wants-to-defeat-russia-on-battlefield-let-them-try-putin-58666?utm_source=other&utm_medium=rss If West wants to beat Russia on the battlefield, let them try: Putin 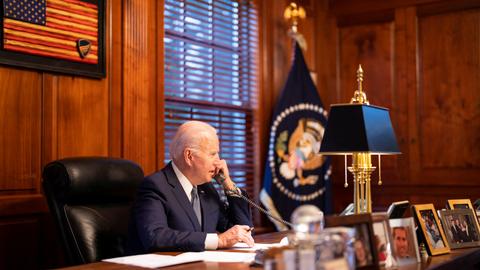