Luxembourgish and expat families occupy this district that still retains some beautiful old houses. Part of the north-west of Luxembourg City, it borders Glacis and the Grand Duchess Charlotte Bridge (Red Bridge), which connects Limpertsberg to the district of Kirchberg. The quarter has some 11,195 inhabitants (as at 31 December 2021), yet retains a leafy residential feel.

Limpertsberg was developed after the dismantling of the fortress of Luxembourg in 1867, but it wasn’t the urban district it is today. That sprung up in the 20th century. However it started when two aspiring gardeners, Jean Soupert and Pierre Notting, transformed the barren land into a rose-growing district in 1855, creating a unique nursery that established the area as an international rose-growing centre by the 1880s.

At one time, the district was home to three of the world’s biggest rose-producing companies – Soupert & Notting, Ketten Frères and Gemen Bourg – which cultivated more than 260 varieties of the flower. You can take a look at the rose-growing Limpertsberg of yesterday at an exhibition on James Joyce’s stay in Luxembourg in 1934 until 10 September 2022.

The University of Luxembourg buildings in Limpertsberg date back to 1903, when they were constructed for a Franciscan order. From 1926 to 1972, they also served as a college for Catholic priests. Luxembourg politician François Scheffer (1766-1844) was mayor of Luxembourg four times. The allée Scheffer is named after him.

This is an eye-wateringly expensive and much sought after suburb with very few houses on the market, so you may need to consider an apartment if you’re thinking of moving here. According to Wort Immo, the current price per square meter (sqm) of real estate in the area is:

Luxembourg’s public language school INL (Institut National des Langues) returned to its Limpertsberg campus opposite Glacis in 2018 following extensive renovations of the building. Most language tests related to national and international certifications are held at this building.

The nearby Cactus supermarket stocks groceries and, around the corner, Monop’ Pasteur also provides a selection of foodstuff, as does Alavita which stocks wholefoods and organic products and has a small cafe area.

Glacismaart is a monthly market (Sundays) selling fruit and vegetables, food products, plants and flowers and household items. You can find the dates it operates here.

The All Nations Church of Luxembourg on avenue Pasteur has a service in English on Sunday (10.30 – but switching in September to two services – 9.30 and 11.00), and a Sunday School for 4-to-18 year olds, in addition to Bible studies and other activities.

Carrying on the floral traditions of the neighbourhood, you’ll find Iris Art Floral on allée Scheffer and Fleurs François Klopp around the corner on avenue de la Faïencerie.

If you need to get a painting or photo framed, then Creation Plus has been doing this since 1992.

Limpertsberg is home to several educational institutions and a campus of the University of Luxembourg. These include secondary education establishments the Lycée Robert Schuman, one campus of the Lycée des Arts et Metiers, the Lycée de Garçons,the Lycée Michel Lucius (which, in addition to a Luxembourgish section, has an English-language section offering IGSCEs), the Lycée Technique du Centre (which has the International Baccalaureate in French) and the Waldorf School, a private school for all ages, offering the International Baccalaureate in French.

You’ll find a link to the local Limpertsberg primary school here, listing the buildings and more information about enrolment.

However, due to high traffic congestion in the area, a plan is in place to move many of the schools to new campuses. The Lycée Michel Lucius is due to move to Kirchberg by 2025, and the Waldorf School is due to move to the same area. To date, nearly 2,000 students have moved from Limpertsberg, with a planned total of more than 5,000 students to be relocated by 2025. The vacated areas will be converted into residential units.

Bus lines 2,8, 19, 30 serve Limpertsberg with line 100 going to Junglinster, line 201 and 211 linking it to Echternach, and CN7 serving as a night bus. You can find a list of school buses here.  Parking at Glacis is free at the weekend and in the evenings, and the free City Shopping Bus leaves from the Glacis car park. There are also two tram stops at Limpertsberg.

Carloh, a car-sharing scheme, has a base in Limpertsberg, and there are five Vel’oh stations located in the district.

The rose gardens may have left Limpertsberg, but you can still take a thematic walk – RosaLi (or Walkway of the Roses) to discover the district’s horticultural heritage. The walk passes the Art Nouveau houses on rue des Rosas. You can take a guided tour or do the circuit by yourself using a map that can be downloaded from this page. Another pedestrian circuit follows the valley of the Alzette to the park Tony Neuman.

Tony Neuman Park, built in 1946 by Alphonse Hollman to create an arboretum, boasts a collection of sculptures, many by famous local artists, and combines flower beds with wooded areas including redwood trees. There is also a large expanse of grass to relax on, and a playground for children. The main entrance is on avenue de la Faiencerie close to house number 162A.

The Klammen a Sprangen playground at rue de l’Avenir is aimed at children up to 12 years old with climbing pyramids, net frames, ropes and a zip line. There’s also some swings and the playground is set in sand for a soft landing if anyone falls. There are picnic tables and a water fountain.

Tennis Club Smash on Boulevard Paul Eyschen has open and covered courts, and the Zaltimbanq Circus School runs workshops and courses for adults and children at Avenue Pasteur. This is the place to take up  yoga, with three studios in the neighbourhood. The BYLU hot yoga studio is located on avenue Joseph Sax, Urban Leaf yoga studios are on rue des Glacis and Jivamukti Yoga on avenue de la Faiencerie.

Built on the site of the city’s former tram workshop, Tramsschapp is a sports and cultural centre that holds regular sports classes and tournaments in addition to theatre, dance and multicultural events, such as Art Week, usually in November.

Limpertberg’s Notre Dame Cemetery has a monument to national resistance and deportation. It also houses a bronze sculpture The Political Prisoner by Luxembourgish sculptor Lucien Wercollier. The cemetery is home to the graves of some of Luxembourg’s most famous writers, artists, politicians and business people, including the Soupert and Notting family tomb.

The Ville de Luxembourg recently introduced QR codes on certain grave sites. You can scan them to learn about the history of those laid to rest.

The Grand Théâtre de Luxembourg opened in 1964 and is the city’s main venue for ballet, opera, theatre and dance spectacles. The theatre has hosted the Eurovision song contest and collaborates with numerous art institutions across the world to bring international productions to Luxembourg.

The September Schueberfouer is celebrated in Glacis with funfair rides and stalls (postponed again this year but there is plenty still on for D’Stad lieft, while a regular food and flea market is run once every month on a Sunday. Other events include the Advent Circus and the annual sale of second-hand toys.

Any visit to Limpertsberg must include a stop at Cafe des Tramways, which has a vast array of beers, wines and spirits and has an “old time” bar feel.

Connie and Yuki welcome you to Ready?! coffee shop, which combines healthy snacks, coffee and juices with a passion for bikes. Brasserie Siegfried (formerly Westeschgaart) offers tasty Luxembourgish fare and a variety of bottled and draft beers, or you can grab a beer and burger at Brasserie Seppl.

Fans of Italian food will enjoy Basta Cosi, and the family-friendly (with play park nearby) La Torre. A very long menu of Italian food, including steaks and seafood is at Tre Chiavi, whilst if you’ve ever wondered what Nutella pizza tastes like hed to La Torre (which also does plenty of other pizza toppings and Italian dishes). You’ll find Italian, Japanese and Middle Eastern starters at Brasserie l’Authentique, run by Fanny and Simon, together with burgers, fish and a couple of veggie choices.

For Spanish paella try La Taperia, a little further up the road from La Torre. Chiche moved to Limpertsberg to serve up its popular Syrian/Lebanese food, with good vegetarian choices. Wine-lovers should head to Le Brasserie du Sommeliers near the cinema, which has a good selection of meat and fish dishes and a seasonal menu.

Also recommended, comes the slightly more upmarket Porta Nova. You can taste products and buy a small selection of Italian charcuterie, wines, artisanal cheeses and ragu pasta at the bistro-style Culturando, a smaller sister outlet to Enoteca Italiana in Foetz.

Fancy a Chinese or Thai washed down with a Belgian beer? Then look no further than Mont St-Lambert. Opposite Glacis, grab a tapas or sharing platter and a glass of wine at Barrels, or bite into a juicy burger and dance the night away at Hitch. Seasonal specialities are on the menu at Les Espace Saveurs, or bring your own bottle of wine and tuck into some Lebanese food at Kicheneck.

If you fancy a cosy place to try out some Russian dishes, reviewers recommend Brasserie Victor Hugo.

If you need a coffee fix, there’s a Fischer on Avenue Pasteur, and you can grab a sandwich at Carpe Diem on the same road. Cocottes has healthy food bowls, sandwiches, salads, wraps and desserts. Brasserie Scheffer has now made way for Oligarum Épicerie Fine, which has a range of food including poke bowls and desserts prepared in an open kitchen.

And for the nightclubbers – Hitch turns its restaurant into a dancefloor at weekends, but Gotham is probably the place for a full on and swanky club atmosphere with VIP tables.

More information on living in Limpertsberg can be found on the Facebook group Limpertsberg Quarter, and on the Ville de Luxembourg website here.

http://www.luxtimes.lu/en/luxembourg-guide/in-the-neighbourhood-limpertsberg-602d5f97de135b923693cad9 In the neighbourhood: Limpertsberg 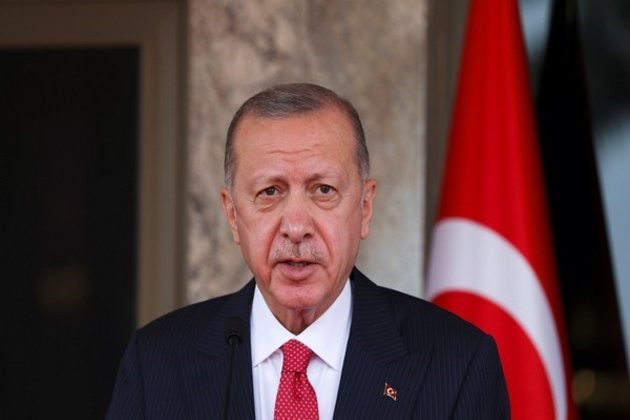 Sweden and Finland “surrender” to Prime Minister Erdogan, but he can still thwart their NATO bids Fed rate hike to slow US economy to 2.3% 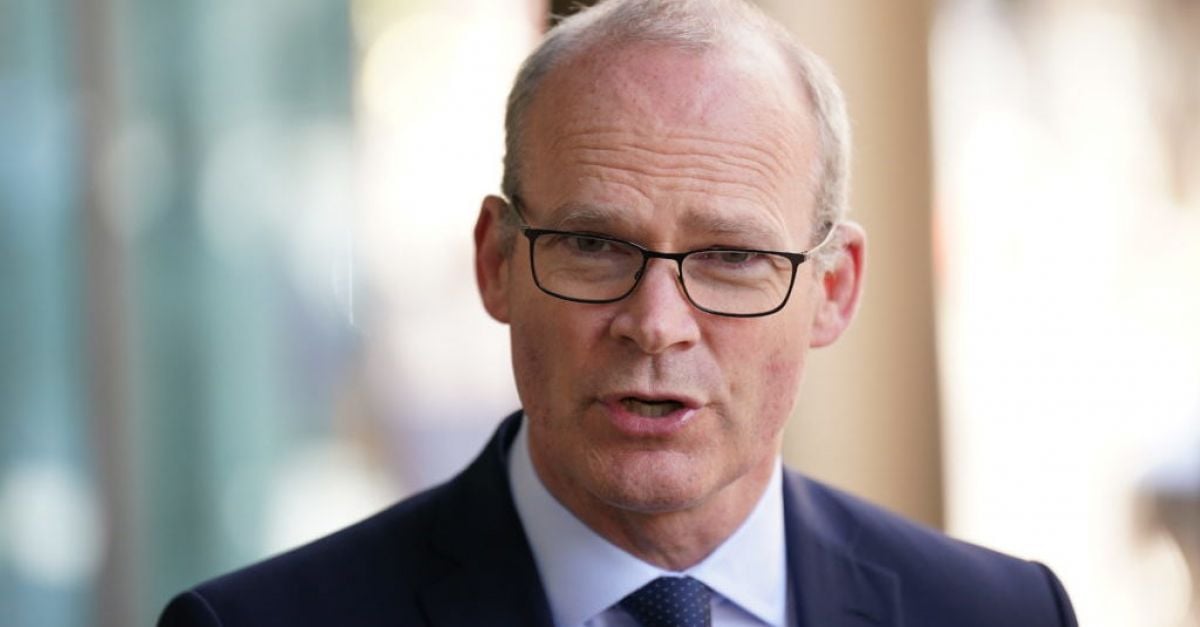 Britain’s unilateral move on the Protocol could undermine the peace process, Coveny warns