India has banned disposable plastics, from straws to cigarette boxes, to combat the exacerbation of pollution for about 1.4 billion people.

As a first step, the government has identified 19 plastic products that are less useful but more likely to be garbage. The new ban makes their manufacture, import, inventory, distribution and sale illegal.

Some disposable plastic bags will also be phased out and replaced with thicker ones to facilitate reuse.

Plastic makers have appealed to the government to postpone the ban because of inflation and potential unemployment.

India’s Federal Environment Minister Bhupender Yadav said at a press conference in New Delhi on Friday that the ban had been in the pipeline for a year.

Plastic waste has become a major source of pollution in India, the world’s second most populous country, and rapid economic growth has increased demand for products with disposable plastic products such as straws and disposable cutlery.

Thousands of other plastic products, such as PET bottles, are not subject to the ban. However, the federal government has set the goal that manufacturers are responsible for recycling or disposing of them after use.

This is not the first time India has considered a plastic ban. However, previous iterations focused on specific regions of the country, with varying degrees of success.

Satyarupa Shekhar, Asia-Pacific coordinator of advocacy group Break Free from Plastic, said a national ban, not only on the use of plastic, but also on its production or import, is a “certain boost”.

India, which uses about 14 million tonnes of plastic annually, lacks an organized system for managing plastic waste, and littering is widespread.

The streets of Indian towns and cities are littered with used plastic products, eventually choking drains, rivers and seas and killing animals.

Companies such as PepsiCo, The Coca-Cola Company, India’s Pearl Agro, Dabur and Amal have been working to exempt straws from the ban. Besides food, beverage and consumer goods companies, plastic makers have complained about the ban they say they haven’t had enough time to prepare for regulation.

Some experts believed that it could be difficult to enforce the ban.

Ravi Agarwal, director of Toxics Link, a New Delhi-based advocacy group focused on waste management, said the ban was a “good start”, but how well it succeeded. It depends on whether it is implemented.

The government has decided to set up a control room to check for illegal use, sale and distribution of disposable plastic products. However, the actual enforcement of the law is in the hands of individual state and city municipalities.

According to the United Nations, plastic waste is widespread in the world’s oceans, with an estimated 100 million tonnes dumped there. Scientists have discovered large amounts of microplastics in the intestines of deep-sea mammals such as whales.

(Second LD) South Korea's new COVID-19 cases increased by 24 percent from a week ago, with signs of viral resurgence As a Shiite father in Afghanistan, I am worried about my children | 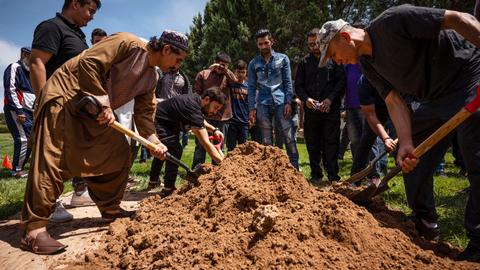 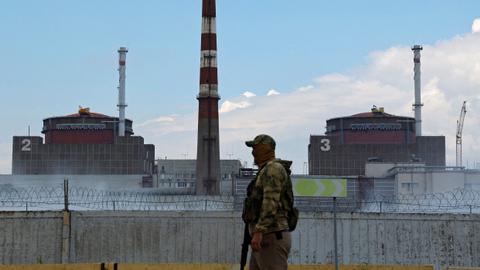 Risks at Zaporizhia NPP are increasing ‘every day’