Christian leaders in India say that freezing accounts is “a cruel Christmas gift for the poorest of the poor.”

The Indian government has blocked Mother Teresa’s charity from receiving foreign funds. Catholic organizations have hit one of the most prominent groups operating shelters for the poor because they do not meet the requirements of local law.

The Ministry of Home Affairs said in a statement on Monday that the application for renewal of a license to allow charity missionaries to raise funds abroad was rejected at Christmas.

The ministry said it encountered “unfavorable input” while considering a renewal application for a charity. It didn’t elaborate.

Dominique Gomez, Deputy Bishop of the Archdiocese of Calcutta, said the account freeze was “a cruel Christmas gift for the poorest of the poor.”

A series of attacks on Christians

The problem arises as a result of a series of attacks on Christians in parts of India by Hindu right-wing groups accusing pastors and churches of forced conversion.

Attacks are particularly pronounced in southern Karnataka, with reports from India’s evangelical fellowships reporting nearly 40 threats or violence against Christians this year.

A Hindu newspaper on Monday reported the turmoil of weekends and Christmas celebrations last week. This includes the destruction of a life-sized statue of Jesus Christ in Ambala, Haryana, a northern state governed by Modi’s right-wing Bharatiya Janata Party (BJP).

Activists said they had burned a model of Santa Claus and chanted an anti-Christmas slogan outside the church in Varanasi, a member of Modi’s parliament.

Earlier Monday, West Bengal’s Prime Minister Mamata Banersey exploded his anger when he tweeted that the government had frozen a charity’s bank account. However, the government immediately revealed that it had not frozen the account.

The charity confirmed in a statement that the government had not frozen the account, but added that the application to renew the Foreign Contribution Control Act was not approved.

“Therefore, we asked the center not to open (foreign donations) accounts until the issue was resolved,” he said.

“The poorest of the poor”

Earlier this month, Mother Teresa’s philanthropic missionary, which began in Kolkata in 1950, investigated in western Gujarat after complaints that girls in shelters were forced to read the Bible and pray for Christianity. I noticed that it was inside.

The charity denied the allegations.

This charity operates hundreds of shelters that take care of the poorest people in the world, described by Mother Teresa as “the poorest of the poor.”

India is the second largest Catholic home in Asia after the Philippines, but the approximately 18 million Catholics are a minority of nearly 1.4 billion, predominantly a Hindu country.

A minority under attack by the far right of Hindus

Mother Teresa won the Nobel Peace Prize for her work in 1979, and Pope Francis declared her a saint in 2017, 20 years after her death. 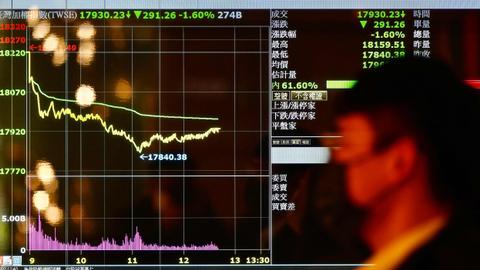