Kuwait: The visit of three Indian naval vessels to Kuwait marks India’s commitment to establish cooperative ties with friendly countries in the Indian Ocean region and beyond, Indian Ambassador Sibi George said on Wednesday. At a reception held at INS TIR on the occasion of the ship’s visit, the Ambassador said:

The arrival of three ships of the Indian Navy, INS TIR, INS Sujatha and INS Sarathi of the Indian Coast Guard on 4 October marked a milestone in the defense relationship between India and Kuwait. A reception celebrating the visit of the ships was attended by the Ambassador, the captains of the three ships, Capt. Saabpreet Singh, Capt. members attended.

The Ambassador said he was pleased to see the important achievements India has made in building a very strong navy, which has made significant contributions in ensuring safety, security and stability in the Indian Ocean and beyond. “I am confident that there will be more ship visits and more bilateral engagements between the Indian and Kuwaiti defense forces in the coming months,” he said.

George thanked Kuwaiti leaders and Brigadier General Ahmed Mohammed Al-Bati, Kuwaiti Chief of Naval Operations and his team for the arrangements and assistance provided to the visiting naval team. I remembered the dispatch of emergency medical teams to Kuwait and the supply of medical oxygen from Kuwait to India. This makes Kuwait one of the largest suppliers of medical oxygen to India.

In his opening remarks, INS TIR Captain Sarvpreet Singh said that India and Kuwait are traditionally warm and friendly and share a special bond rooted in history. “This bond has been fostered by good bonhomies and an environment of friendship and trust between our two countries,” he said. Kuwait has diplomatically promoted a number of peace initiatives in the region in recent years and deserves similar accolades,” Singh said.

“The senior leaders of both the Indian and Kuwaiti navies have very positive intentions and are focused on further cooperation and relationships. I will,” Shin said.

The sea is common to the world and India and Kuwait are maritime neighbors and share mutual interests in each other’s progress, prosperity and territorial stability, Singh said. “Our Navy has an important role to play in advancing these national objectives. I understand that it’s not just an effect, it’s a doubling effect,” he pointed out.

On the training front, the Indian Navy is a well-established training destination for many partner navies, Singh said. “I have a friendly foreign Navy trainee who is training with me in the 1st Training Squadron. Because we believe there is nothing better than an investment in friendship than being a coursemate,” he added. Head to the UAE, your next destination.

Family from India killed in US: Suspect had old dispute with them, says Merced County Sheriff Verne Warnke

"People are shitty and scared around him, but it's fear without respect". Putin is 70 years old. Medusa's sources say his "vertical power" is "collapsed." 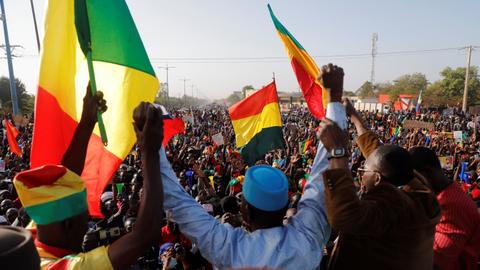