The Indian government renewed its permit to receive foreign funds weeks after the charity of the late Catholic nun Mother Teresa refused it, the organization said on Saturday.

On Christmas Day, the government of Narendra Modi moved to stop foreign funding for charitable missionaries and refused to renew their licenses under the Foreign Contribution Control Act (FCRA).

Charities and nonprofits must register with FCRA to receive money from abroad.

A philanthropic missionary who operates shelters throughout India was founded in 1950 by the late Mother Teresa. Mother Teresa is a Catholic nun who devoted most of her life to helping the poor in the eastern city of Kolkata.

She won the Nobel Peace Prize and was later declared a saint.

In December, the Indian Ministry of Home Affairs issued a statement saying that the charity did not meet the “qualifications” and therefore refused to apply for renewal and “noticed the unfavorable input.”

Last week, Oxfam India said the Indian government had blocked access to the Japan Foundation. He said the move would have serious consequences for humanitarian activities.

The Modi government has been accused of blocking access to funding domestic charities and rights groups.

Amnesty International announced in 2020 that it will suspend operations in India after the government freezes its bank accounts. 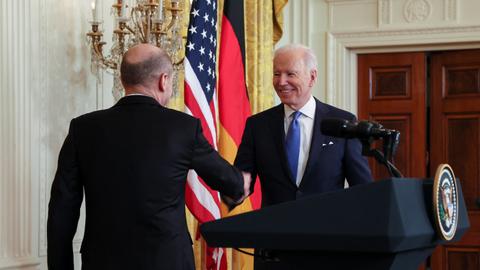 If Russia invades Ukraine, there is no Nord Stream 2 pipeline