At least seven people were injured when they opened fire on a bus in a flashpoint area, two of them seriously, Israeli police say.

Seven people were injured when a bus was shot in the occupied Old City of Jerusalem, two of them seriously, according to Israeli police and the National Emergency Medical Service.

“Police have been informed of the bus shooting… Police have cordoned off the scene and are searching for the suspect who fled,” police said early Sunday.

“I was coming from the Wailing Wall. The bus was full of passengers. I could see it and two people inside were bleeding and everyone was in a panic,” he told reporters at the scene.

The Old City of occupied Jerusalem is home to several Muslim, Jewish and Christian holy sites.

The Al-Aqsa Mosque is one of the holiest sites for Muslims.

Jews call the area “Temple Mount” and claim that there were two Jewish temples in ancient times.

Since 2003, Israel has allowed illegal settlers to enter its premises almost every day.

Israel occupied East Jerusalem, where Al-Aqsa is located, during the 1967 Arab-Israeli War.

In 1980, it annexed the entire city, a move that the international community had never acknowledged.

Since March, 19 people, mostly Israeli civilians, have been killed in attacks.

Israeli authorities have stepped up raids on the occupied West Bank.

Since then, more than 50 Palestinians have been killed in such operations.

At least 49 Palestinians, including many children, were killed in the Israeli invasion that ended last Sunday after Egypt negotiated an armistice. 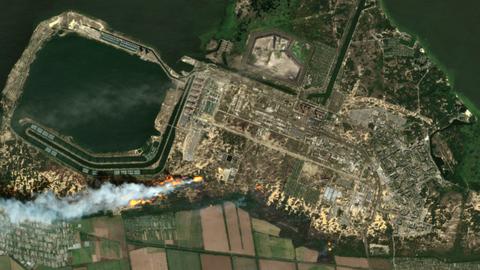