Italy’s Emilia-Romagna region announced Monday that it has approved the project for a new floating LNG terminal off the coast of Ravenna in the northern Adriatic Sea.

A total of around €1 billion ($998 million) will be invested in the project, Vincenzo Cola, the economic development councilor of Emilia-Romagna, told a press conference. It only took about four months to secure clearance, compared to years for similar projects in the past.

As part of its energy strategy, Italy is adding two floating storage and regasification units (FSRUs) to its three existing facilities.

The two new LNG terminals, both operated by Italian state-owned gas grid operator Snam, will each have a capacity of 5 billion cubic meters (bcm) and cover around 15% of the country’s annual gas consumption.

In July, Snam signed an agreement with BW LNG to purchase FRSUs for use on the Ravenna, a 300m long BW Singapore vessel.

Snam chief executive Stefano Venier said Monday that preparatory work will last two years and the Ravenna LNG terminal is expected to begin operations in the fourth quarter of 2024.

“We chose Ravenna and Piombino both because of the technical features they offer us and because they are close to the consumer,” says Venier. Italy hopes Piombino will be operational by the end of March next year. Elon Musk says Twitter will fix how it verifies users 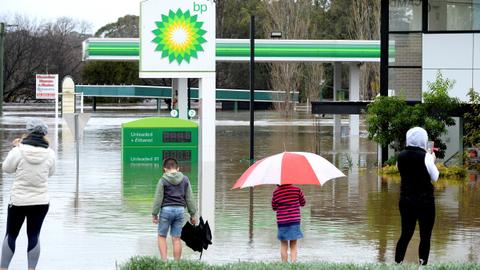