Jammu and Kashmir is now open to investment from outside the Union Territory to achieve the dual objectives of transforming the region’s economy and building a strong bridge between its location and the rest of the world. In addition, we make land and other resources available to investors. The country in a way rejuvenated in the era of Post Article 370. This is an official claim.

For Jammu and Kashmir, who remained closed for outsiders to invest in the location due to legal restrictions on the purchase of land and the construction of infrastructure, this is a profile of the economic destinations of large corporations. Provided a great opportunity to get. As a result, it enriches the economy and creates employment.

This was revealed when J & K held a real estate summit on December 27 in Jammu, the winter capital of J & K. An understanding of 39 MoUs or Memorandums of Understanding has been signed by the Rs equivalent between the real estate developer and the UT government. With Rs 1.83 billion on the day, I hope things will start to change at J & K.

The MoU has been signed in Housing, Industry, Hospitality, Entertainment and Finance. These have evoked the involvement of some of the country’s most famous groups such as Signature Global, Samyak Group, Raunak Group Hiranandani Constructions NBCC and Chalet Hotels. Raheja Developers, Goel Ganga, GHP Group, Shree Naman Group.

The government-sponsored event clearly showed that things would change at J & K, despite severe resistance from some regions. The government seems determined to bring investment into J & K, perhaps to integrate local land and external funding to build the infrastructure. A march on a journey of progress and prosperity never seen before. As a result, national celebrities appeared at the event and fascinated the general public who saw it and later read about it.

This summit awakened Jammu to the new reality that the world is outside their realm of thought. Jammu, in particular, is interested in external investment because he believes that the barren land in some parts of the region can be used for development and that it benefits the masses.

Jammu and Kashmir, which has been a politically unstable place since 1947, is now UT and remains underdeveloped. The current stability sold to the outside world is due to central rules. There is a lack of indigenous political ties to the economic activities being carried out, so even local business institutions are not considered. This is a fundamental flaw in this policy.

Jammu and Kashmir’s politics differ from other states / UTs in the country, whether it was a state or is now under Union territory. The story has changed and Kashmir recognizes that despite the world’s high stakes involved in the Indian economy, the place has its own strategic position. The economy has not been able to get what it should be because of external factors, some of which still exist. Pakistan is looking to its place and has its own connection to the Islamic world due to its majority of Muslims.

As a result, Kashmir has already begun protesting the developers’ ambitions for real estate at J & K. Surprisingly, these protests have been staged by political parties that appear to be close to the federal government and are foreseen as BJP allies in post-pollen scenarios.

Political transformation of the event is these by the government removing all hurdles, allowing investors to buy all kinds of land, including agricultural land, and abolishing the residence clause on land purchases and the construction of immovable assets. You can put a brake on development. This is basically because the locals are not on board. This is the biggest speed breaker. Osaka and Bertie approach a confrontation as Nadal rolls 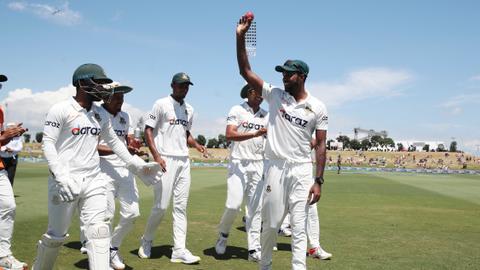