Kazakhstan leaders urge local governments to “look even better” in his hometown and former capital Almaty after a violent clash between police and rioters has damaged the city.

President Kassym-Jomart Tokaev of Kazakhstan arrived in the former capital Almaty, the most damaged city in recent demonstrations, and instructed authorities to renovate and “better” the country’s largest city. ..

In a meeting with authorities at the administration headquarters on Wednesday, Mr. Tokaev said he began to personally assess the magnitude of the “terrorist attack” on the city, according to a statement from the president.

He instructed the Government Commission and the Armati Municipality to restore infrastructure facilities such as state agency buildings, law enforcement agencies, special structures and video surveillance systems as soon as possible.

“As you know, Almaty is my hometown. Here I was born and studied. Now we are faced with the challenge of rebuilding the city in the shortest possible time. This is as president and as a citizen. It is an honor for me as. Our state. “

“There is no doubt that the city will be rebuilt. The government’s mission is to make the city look even better than it used to be. We need to work very well,” Tokaev said.

Mr Tokaev emphasized that the gradual withdrawal of members of the Russian-led Peace Army, the Collective Security Treaty Organization (CSTO), from the country will begin on Thursday.

“The systematic withdrawal of CSTO peacekeepers will begin tomorrow,” he said.

Tokaev noted that he had negotiated with the leaders of each state and thanked him for the accidental command of the protests and the work done during the aftermath.

“The very existence of CSTO peacekeeping forces in Kazakhstan, including Almaty, has played a very important role in stabilizing our situation,” he said.

“Of course, this was very psychologically important to fight off terrorist and bandit attacks. The mission is rated as very successful,” he added.

Tokaev also met relatives of police and military personnel who were killed in a “tragic event” in Almaty.

The president expressed his condolences and spoke with the families of the murdered security forces, noting that the state would provide them with “all sorts of support.”

He said he presented medals to relatives of dead security forces and was awarded for their “courage and dedication” in carrying out their military and public missions, and for their actions to protect the interests of the state. rice field.

https://www.trtworld.com/asia/kazakhstan-s-tokayev-orders-rebuilding-of-riot-hit-almaty-53594?utm_source=other&utm_medium=rss Kazakhstan’s Tokaev orders the reconstruction of Almaty, which was hit by a riot The annual report for the fiscal year highlights Qatar, the organizer of the FIFA World Cup-Doha News 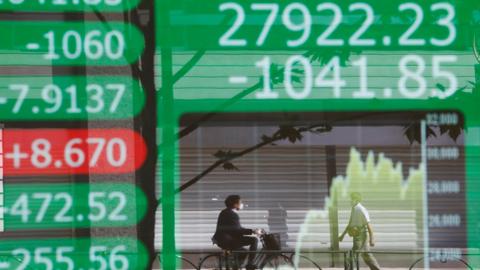