In July, the Putin administration distributed two new message guides to pro-government media and politicians in Russia. Both documents give detailed instructions on how to draw parallels between Russia’s current war in Ukraine and the public’s imagination of the famous historical event. The first focuses on the “Baptism of the Rus” in 988, when it is said that the Rus’ ruler of Kyiv, Volodymyr the Great, baptized the people of Kyiv after converting to Orthodoxy. . The second concerns his 1240 Battle of the Neva, when Prince Alexander of Novgorod is believed to have defeated the Swedish invaders on the banks of the Neva. The Guide has told the media that these events have been used to explain Russia’s current invasion of Ukraine as a way to divert Russia from the godless and resource-hungry West and Ukrainian Satanists who practice ritual human sacrifice. I instructed to depict it as a preemptive war initiated to protect. These discussions are already starting to pick up in state media. Meduza summarized the content.

The Kremlin begins drawing parallels between the war in Ukraine, the “Baptism of Russia” in 988, and the Battle of the Neva in 1240, as Russian state and pro-government media, as well as politicians in its ruling class, begin drawing parallels I “recommended” that. .

In July, the Putin administration published two guides claiming similarities between the war and the two historical events, and Meduza obtained copies of both.

Both documents blame “common Western powers” for the war in Ukraine. The West claims it has spent nearly a thousand years attacking Russia to rob it of its natural resources and destroy its Orthodox Church.

According to sources close to the Putin administration, the latest guide was distributed to pro-government media heads in late July. points out alleged parallels between the Rus’ baptism, which is said to have given

Baptism in Russia has been the basis for the strengthening and unity of the Russian state for hundreds of years. Orthodox faith teaches compassion, love for neighbors and tolerance for others. These values ​​became the foundation of Russian civilization and allowed Russia to unite hundreds of different peoples. Today, members of all ethnic groups in Russia have united once again to defend traditional values ​​and the rights of children to live according to them, against the godless.

The document also states that adopting Orthodoxy helped unite “the different Russian lands” and facilitated the creation of a state in which “tolerance” was a defining value.

Like the “baptism of Russia”, it continues to argue that the war in Ukraine strengthens the country’s “national foundation” and “the foundation for Russia’s development in the centuries to come.” The independent authors argue that this is all the result of recent “social cohesion” around the military and the “president’s strategic agenda”, stating that “Russia is once again capable of fulfilling its mission: I will protect the people of the world.”

The Kremlin also proposes blaming the outbreak of the war on the “collective West”, which is convinced of both “its own exceptionalism” and the “inferiority” of orthodox Christians. The author “encourages” the media and public figures to say the following about the causes of war.

The conflict in Ukraine has been fomented by Western powers that have provided Ukraine with arms. Ukraine was supposed to be a springboard for attacks against Russia. The strategic goals of Western groups have remained unchanged for centuries. [they want] Containment, weakening, dismantling and utter destruction of Russia.

One of the goals of “Special” [military] According to the document, the operation is to “fight atheists” and the author is characterized as a “rapist, thief and murderer.”[don’t] Believe Anything — And Whom [believe] This frees you from any moral responsibility to other people. “

The Kremlin also advises the media not to exclude the Ukrainian military from the “impious” designation. In fact, the guide told media outlets and politicians that Ukrainian soldiers “make sacrifices and perform ritual killings” and use women and children as “human shields”. instructed to claim (Russian state media, claim since the start of the war).

“For the Ukrainian Nazis, there is no such thing as morality. They do not really know God, so they do not think in such terms. “Many of the Nazis are open Satanists and followers of hateful cults,” the guide recommends saying.

Russian propaganda agencies were spreading this message even before the new guide was published. For example, in early June RIA Novosti headline claimed that “Satanism and occultism have become the ideology of the Ukrainian national battalion.”

Another guide published by the Kremlin draws an analogy between the war in Ukraine and the Battle of the Neva. The document was released in early July, when Russia traditionally celebrates the anniversary of the 1240th Battle.

The author begins by explaining that “Western groups” have been trying to dismantle Russia for centuries. According to the Kremlin, “Western groups” have repeatedly referred to the Teutonic Order, Sweden, the Polish-Lithuanian Commonwealth, the Napoleonic Empire, the Third Reich, and NATO.

According to documentation, all of these entities have practiced the same tactics. [Russia’s] “borders” against the Russian state. At that point, the author draws a direct analogy to the “collective West” who “provoked Ukraine” with weapons and opened a “network of bio-laboratories” on its territory. exposed).

However, the guide continued, all Western attacks on Russia had the same ending. The Kremlin encourages pro-government media and politicians to document how this happened both after the victory on the Battle of the Neva and after the start of the war in Ukraine (although this claim There are no reliable data to support

One of the chapters in this document is called “Power in Truth!” The phrase is believed to have been said by Alexander Nevsky, but historical records show that the phrase is part of a longer expression: “Power is not in God, but in truth.” (The Kremlin guide also contains this quote).

“Russian warriors had the truth on their side – they were defending their homes, so our victory was the only possible outcome,” the author writes. Specials section [military] Operation ‘does not mention ‘protecting the home’, but today’s Russian soldiers are also ‘continuing the work of their fathers and ancestors, so I am convinced they are right. End Nazism .”

The Kremlin also argues in its documents that modern Western powers, like signs in the past, want to destroy Russia in order to gain access to its resources. Those resources state that they have changed. The West once wanted Russian population, now they need Russian minerals:

The consumer society developed in Europe and the United States requires a lot of resources. The West ran out of its own resources a few centuries ago, which became the reason for colonialism and neo-colonialism.Western powers divide Russia because it has too many resources for her one country. openly stated that it was necessary.

Russian propaganda is directed to use all these arguments to lead audiences to the conclusion that the war in Ukraine was a “first strike”.

“The Russian leader, like Vladimir Putin himself, will not allow an attack on Russia. It was decided to launch a special military operation. [Russia] This is to prevent a repeat of the Nazi invasion of Russian territory on June 22, 1941,” the author claims.

Meduza has already uncovered several instances of pro-government media outlets in Russia using the discussion of the guide. For example, her one article on Gazeta.ru is: with title “The Baptism of Rus and the Special Operations in Ukraine: What Do They Have in Common?” is once again able to fulfill its mission of protecting the oppressed.” The article also describes Russia’s struggle against “atheists”.

I found a similar article Posted On FederalPress, a pro-government site. The promotional site Regnum paper On the similarities between the Battle of the Neva and “Special Operations”.

Russian Presidential Press Secretary Dmitry Peskov did not respond to Medusa’s request for comment, nor did the media outlets Federal Press and Gazeta Lou. told Meduza that the topic of the article on the Battle of the Neva was chosen by its author and that the outlet did not coordinate with the Putin administration. My dad got into a fight with a heckler at one of my gigs, says Jason Byrne 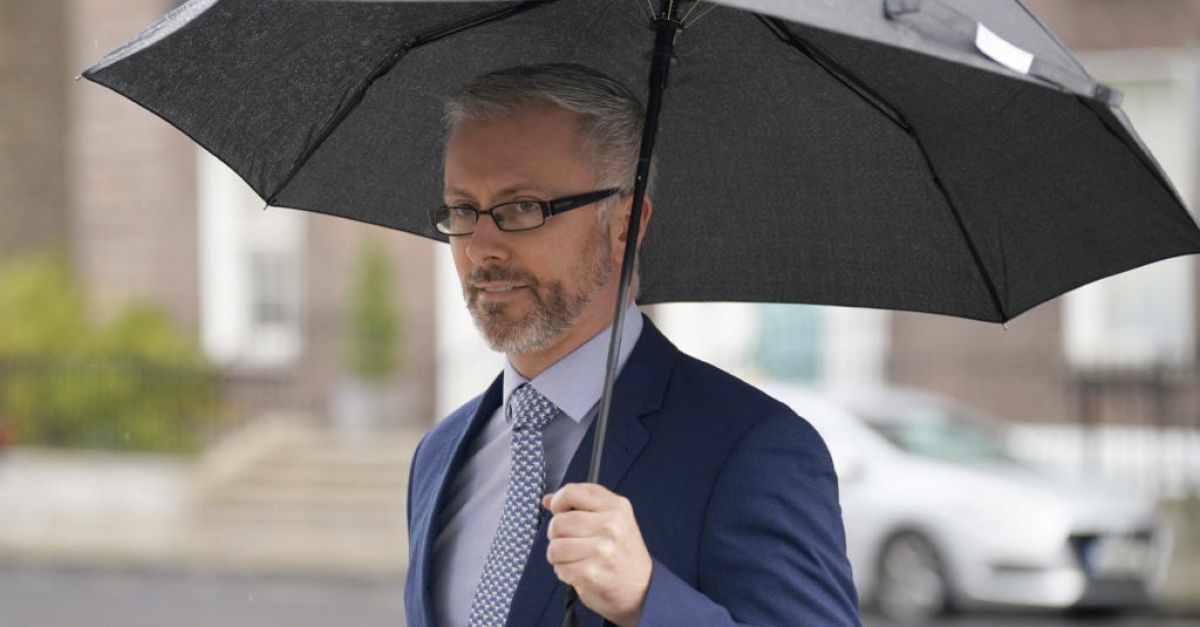