Kuwait: The Ministry of Health said yesterday that 6,454 people were COVID-19 positive in the last 24 hours, a record high, with a total of 514,826 cases in the country. Dr. Abdullah al-Sanad, a spokesman for the ministry, said an additional 5,198 people had recovered from the virus, for a total of 464,853.

One coronavirus-related death increased the country’s death to 2,489 from a pandemic, 408 were hospitalized for the virus, 73 of whom were in the intensive care unit, Dr. Sanad told KUNA. Approximately 31,583 swab tests have been performed in the past day, for a total of 6,750,065 tests.

On the other hand, almost two-thirds of British people who tested positive for COVID-19 in January were or were suspected of being infected with the virus. In the latest report of coronavirus infection by Imperial College London, this finding is seen as further evidence of the ability of the Omicron variant to dodge the immune system of people previously infected with the virus.

As part of a regular assessment, Imperial underwent approximately 100,000 valid swap tests self-managed by a random sample of people across the United Kingdom between January 5th and 20th. About 4,000 gave positive results and about 3,600 of those individuals had previously had a COVID. Approximately 65% ​​of these respondents had previously been positive, and an additional 7.5% said they had previously suspected that they had caught the virus but had not taken a confirmation test.

“Past infections have been associated with a high risk of reinfection with Omicron,” the study authors said in the summary. However, Paul Elliott, who directs the Imperial Study, pointed out that not all of these cases can be identified as reinfection. However, the number of reports of reinfection in this study is significantly higher than the number published by the UK Health and Security Agency, a public health agency.

The latest figures show that 11 percent of all UK cases were re-infected. UKHSA announced yesterday that it will begin including reinfection data in the government’s rolling coronavirus data dashboard from the end of the month. Reinfection is defined as a person who is positive twice at least every 90 days. Empire investigations also confirmed that Omicron, which has swept the UK since late November, is responsible for almost all new infections in the UK.

We found that among the randomly selected samples, the number of positive cases was three times that of the previous month during the January sampling period. “In January 2022, an unprecedented level of SARS-CoV-2 infection was observed in the United Kingdom, replacing delta with omicron almost completely,” the report said. However, this study found that the prevalence of the virus in adults began to decline.

England today lifts the end of the curbs of various viruses that were re-imposed last month as Omicron surged nationwide. This requires wearing a mask in most settings. The so-called COVID pass system for nightclubs will also be abolished as the country returns to the lowest level of restrictions at all stages of the pandemic.

According to WHO, the risk levels associated with Omicron variants remain very high, with new COVID-19 cases hitting record highs last week. “More than 21 million new cases have been reported, which represents the highest number of weekly cases recorded since the start of the pandemic,” the World Health Organization said in a weekly epidemiological coronavirus update. I am saying.

According to the United Nations Health Agency, the number of new infections increased by 5% in the week leading up to Sunday, compared to the 20% increase enrolled in the previous week. “A slow increase in incidence has been observed at the global level,” WHO said. He added that about 50,000 new deaths were also reported. This is the same number as last week.

According to the report, Omicron continues to gain a global advantage over other concerns. “The current global epidemiology of SARS-CoV-2 is the predominance of Omicron mutants worldwide, the continued decline in prevalence of delta mutants, and the very low prevalence of alpha, beta, and gamma mutants. It is characterized by a cycle of levels, “WHO said.

“In countries where the number of cases of Omicron surged in November and December 2021, the number of cases is declining or is beginning to decline. However,” based on currently available evidence, it is associated with the Omicron variant. The overall risk of doing so remains very high. ” According to WHO, Omicron accounts for 89.1 percent of the samples collected, sequenced and uploaded to the GISAID Global Science Initiative over the last 30 days. Formerly the most powerful variant in the world, Delta now accounts for 10.7 percent. -agency 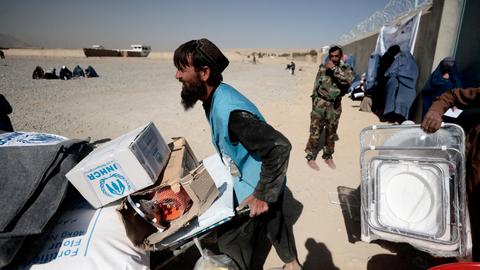 Why the NFT market collapses