At the beginning of the 20th century, the war expelled many people from the Balkan Peninsula, and many Bulgarian Christians chose Istanbul as their new home. We meet this small community as they prepare for Christmas.

Once upon a time, the Bulgarian called Istanbul Tsarigrad the “city of emperors”. Today, the 15 million metropolis is home to a variety of cultures, religions, communities and Bulgarian Tsarigrad.Of this community 450 Orthodox Bulgarians chose to live in Istanbul, as their parents, grandparents, and great-grandparents did in the past.

“The Bulgarian built this church,” explains Alexander Massef, a guide to the Sveti Stephen Church in Istanbul, to visitors. Surprisingly, they ask, “Are there Bulgarians?” He replies: “Yes, I’m a Bulgarian.”

Significant Bulgarian migration, 18th century. By the end of the 19th century 40,000-50,000 The Bulgarian lived in Istanbul. From time to time, historians joked that Istanbul has the largest population of Bulgaria.

Their main occupations were gardening, livestock, agriculture, and dairy. In the 19th century, there was a small trading center in the historic Eminonu. Balkapan Han was an important place for new Bulgarian looking for a job.

When the Third Province of Bulgaria was founded in 1876, some left the city.But during the turbulent Balkans war At the beginning of the 20th century, many people emigrated abroad and many Bulgarian people chose Istanbul.During communism administration, Had little relationship with Bulgaria. But they strove to protect their culture and religion. Today, Bulgaria’s Tsarigrad lives in several areas, including Kadikoy, Levent, Sisli, Etilah and Maslak.

Massef is an Istanbul Bulgarian Orthodox church whose paternal grandfather came to the big city in the 1920s, but his mother’s ancestors came to the big city two centuries ago. Alexander grew up in the city, studied history in Turkey, lived here and loved the city. Like a typical Istanbul, he explains: You hate it and love it at the same time. The endless hours of traffic will engross you, but at the same time you are in love with the spirit of the city.

Despite being a small community, Alexander does not define them as close to the world. He boldly says they are the most open of the minorities in the city. “Look at the church gates. They are always open to everyone,” he points out.

Alexander remembers Imam entering the church and saying, “I want to learn more about Christianity.” Then they sat in the church yard and talked about theology. They talked for hours.

The that’s all Orthodox church in the world

Sveti Stephen, also known as the Iron Church built In 1898 by Stephen Bogoridi, a high-ranking Ottoman official from Bulgaria and Prince of Samos. The Bogoridi move is in response to the Bulgarian’s desire to leave the Greek Patriarchate and have its own system. Built on the shore of the Golden Horn, it is made entirely of iron. For this purpose, 500 tonnes of iron were shipped from Austria through the Donau River.

The beautiful building experienced the cruelty of time, but did not lose its splendor. The church was closed for restoration purposes. Then, after the official ceremony, it resumed in 2018. leader The ceremony was attended by Bulgarian Prime Minister Boyko Borissov and Turkish President Recep Tayyip Erdogan.

Today, Orthodox Bulgarians gather at these facilities to celebrate important holidays such as Christmas, Easter, St. Stephen’s Day, Trifon’s Day, weddings, and baptisms. Almost all members of the community had a wedding here.

Today they are preparing for Christmas. Unlike other Eastern Orthodox nations that celebrate on January 7, Bulgarians celebrate Christmas according to the Gregorian calendar, despite being Orthodox Christians. A dinner party will be held on Christmas Eve on December 24th. All meals are vegan There is also a traditional Christmas bread with silver coins squeezed inside. The lucky one who finds it is expected to be a very successful year. Alexander says he’s mostly a coin maker, but humorously tells him that he shouldn’t have overwhelming expectations for the miracle.

The most important identity symbol of the Tsarigrad Bulgarian is their building. A place where a sense of belonging is utilized and protected. Together, they keep their culture alive. Alongside the Iron Church, there are several Bulgarian cultural monuments in Istanbul, such as the Patriarchate of Bulgaria and the Church of St. Ivanrilsky in Bulgaria. Grave At Felicoy and his church of St. Dimital, and at the schools of St. Kirill and Metodi.

Nevertheless, they face some serious problems. Increasing cases of mixed marriages and youth migration have reduced the number of communities. At the same time, the only Bulgarian school in the city was closed in 1972 due to a shortage of students. Today, their main struggle is to maintain their language. but, Since then In 2014, there were new schools, St. Kirill and Metodi.On weekends, children of all agesobtain Improve your native language and take school courses in Bulgarian.

In the past, bilateral crises have affected communities. But when asked about their lives here, Alexander says, “We lived freely, and I can feel comfortable and safe here.”

Asked to tell a memorable story, Alexander remembered a fascinating story. A man hurried to the garden of the iron church. He asked Alexander where he could receive Islamic cleansing (a ritual to wash a part of his body before praying). A little confused, the guide showed him where he could use and explained to a confused visitor a little later, perhaps in a hurry, that he mistaken the church for a mosque. But to help him pray before he misses worship, they gave him free space for rugs and buildings, allowing him to finish his Islamic duties on time. ..

Over time, the Tsarigrad Bulgarians seem to disappear into the background of the big cities. However, they are an important part of the fabric. The city’s Golden Horn line demonstrates this importance. The boat starts on the European side and ends in Istanbul, Asia. Along the way, you will see the Iron Church, St. George’s Church, the Old Jewish Quarter of Barat, the Fanard Greek Orthodox Church and the Yavs Sultanselim Mosque. This diverse panorama reminds us of how important it is to accept tolerance and respect for other religions. By becoming a bridge between east and west, Istanbul is building a model of understanding between civilization, culture and religion. Blood banks are short of donations and patients are suffering 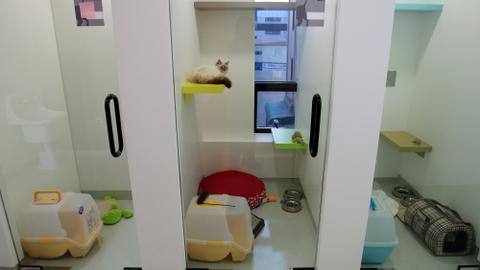 Cat behind dozens of fires in South Korea