In a war-torn country, about 22 million people will need help next year due to a variety of factors, including ongoing conflicts, expected droughts, floods, outbreaks of illness, and the spread of locusts.

According to a UN report, about 22 million Ethiopians will need humanitarian assistance in 2022.

“Humanitarian needs remain high in some parts of Ethiopia, with at least 20 million people in need of some form of humanitarian assistance until the end of the year,” the United Nations Office for the Coordination of Humanitarian Affairs said Thursday.

He noted that the number of people relying on emergency food aid is increasing in the conflict-affected areas of Tigray, Afar and Amharic.

“Also, urgent action is needed to reverse the effects of the drought that is exacerbated in southern and eastern Ethiopia. Continued drought-like conditions in the southern parts of Oromia and Somalia are of particular concern,” he said. The book states.

The Amharic region, where several cities and towns were dominated by Tigrinya rebels from July to recent years, recorded the largest increase in 3.7 million people in urgent need.

The United Nations estimates that there are approximately 4 million internally displaced persons throughout Ethiopia, the majority of whom are forced to leave home for conflict in search of security and assistance.

According to the report, East African countries need about $ 1.4 billion worth of aid, of which $ 892 million needs to be raised.

Ethiopian officials have confirmed that some areas of the country are experiencing droughts and said they are distributing food aid to some of the affected areas.

However, aid groups say that activities are still restricted in many parts of the embarrassed Tigray region as government forces are blocking the provision of aid to the region.

Ethiopia has been involved in a deadly conflict with the Northern Tigray People’s Liberation Front (TPLF) since November 2020.

It is estimated that the conflict claimed the lives of tens of thousands of people and expelled millions of people.

After a large campaign in early July that gained control of most of the neighboring Amharic and Afar regions, Tigrinya rebels withdrew into their region, claiming to provide opportunities for negotiation and peace. ing.

However, government officials say the Tigray army has been crushed and forced to withdraw.

The Ethiopian government has attacked the Tigray regional forces with drone strikes over the past week.

read more:
Global need for humanitarian aid for the 2022 “surge”

https://www.trtworld.com/africa/un-millions-of-ethiopians-will-need-food-aid-in-2022-52929?utm_source=other&utm_medium=rss Millions of Ethiopians will need food aid in 2022 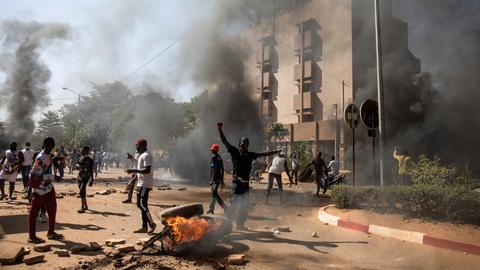