The Ministry of Health has introduced a number of aspects and control procedures regarding the receipt of medicines in distributed batches over the life of the contract. – Preferential storage with respect to expiry dates within the framework of their expiry dates to date and their role in distributing them, protecting public money and preventing waste.

A local Arabic-language daily noted that among the effective measures that contributed to the reduction of waste, some local suppliers, especially since most of their medicines are replaced by the same amount. was to include a clause in the tender contract obligating suppliers to replace out-of-date materials. Non-exchangeable items will be credited to the supplier’s account.

In addition to taking into account strategic inventories, sources estimate the proportion of expired medicines, an estimate of annual requirements based on actual annual consumption rates received from hospitals, health centers and specialized medical departments. I pointed out another aspect that contributed to the reduction. It also includes the need to provide coverage for periods estimated at six months to one year for the state’s strategic drug security needs.

The source touched on the mechanism for dealing with expired medicines and explained that there are two ways to deal with these medicines. The first is to replace expired drugs of the same kind with active drugs or with newer, more effective registered drugs. The second is to dispose of some of these medicines in the Ministry of Health’s incinerators at no monetary cost.

Sources said stocks in the pharmaceuticals and medical devices sector would be paid regularly to all hospitals and health centers, with sufficient stocks for six months and strategic stockpiles for another six months to deal with emergencies. Divided into stocks that are sufficient. During the “corona” pandemic and as instructed by the Ministry of Health Needs Team of the Council of Ministers.

How to handle expired medicines

2 – Destroy part of it in the Ministry Incinerator

1 – actual consumption is less than the annual rate

3 – Modification of some treatments by professionals Life at Ragged Is.Not without challenges 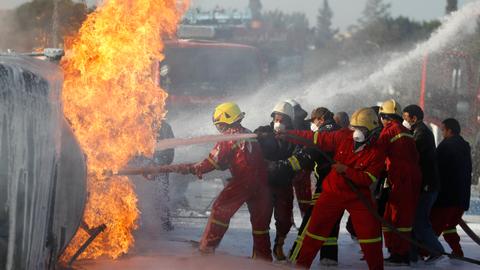 World ‘has never been in a better position to end pandemic’: WHO chief