Moroccan NGOs have warned of “Zionist invasions” at domestic laboratories and universities, noting that invasions “danger the country’s future.”

In a letter sent to the National Higher Education Syndicate, the Palestinian National Working Group and the Moroccan Observatory, which opposes normalization, said:
“Zionist penetration” of Moroccan institutions and universities.

The two NGOs emphasized the importance of mobilizing Moroccan people against the “crime” of confronting this invasion and normalizing relations with Israel.

According to the letter, the NGO documented “some intrusions of covered and uncovered Zionist intelligence into the campus.”

These include “scientific and research activities allegedly organized by Zionist military officers and commanders under misleading titles at the University of Morocco.”

The letter highlighted the dangers of these activities, in which the organizers remain anonymous, to the future of Moroccan universities and research.

“The penetration of Zionists into Moroccan universities not only targets the national elite, but also strengthens Zionist control over Morocco and its capabilities,” said Ahmed Weman, head of the Moroccan Observatory, which opposes normalization. I’m doing it. “

Morocco Rebuilding relations with the occupying nation Israel’s recognition at the end of 2020 in exchange for recognition of U.S. sovereignty over Western Sahara Shebaz Sharif says Pakistan can broker to connect US with China 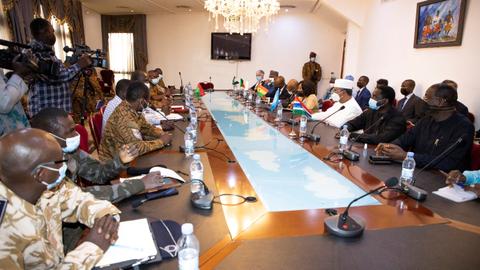 After the coup, West African leaders hold an emergency summit