Tokyo: The Nissan Motor Alliance announced yesterday that it will invest more than $ 25 billion in electric vehicles over the next five years, marking the latest major cash injections by the automotive industry into the fast-growing sector. Nissan, Renault and Mitsubishi Motors said their latest spending will follow the $ 11 billion already spent on “attack strategies in electrification” and promise 35 new electric models by 2030. Currently, about 10% of European car sales are EVs, while the US figure is only 2%. The alliance has pledged to strengthen cooperation by investing € 23 billion ($ 25.7 billion) in the EV strategy by using five common manufacturing platforms for most models (to the existing four). We will add a new platform in 2024).

Some of the headline numbers have already been announced by each company, but since the reorganization of the management teams of Nissan in Japan and Renault in France, it is the first concrete goal set by the trio together. The reorganization was triggered by a story surrounding the arrest of former Nissan boss Carlos Ghosn in 2018, revealing a crack in the alliance. “Three years ago, the alliance was experiencing an unprecedented crisis due to lack of trust,” Alliance Chair Jean-Dominique Senard told reporters. But “this time is a thing of the past,” he said, with a solid foundation and flexible cooperation, the partnership is “more powerful than ever.”

“Together, we are making a difference for a new, global and sustainable future,” Senard added in a statement. The alliance said it aims to increase cooperation on a common platform from 60% to 80% of the model by 2026 to achieve that goal. The trio also announced the goal of achieving total EV battery production capacity by 220GWh hours. Nissan was tasked with leading the development of solid-state battery technology.

With increasing demand for less polluted vehicles and increasing pressure to reduce the role of the auto industry in climate change, major automakers have announced goals to phase out fossil fuel-powered vehicles. .. In December, Toyota, the world’s best-selling car maker, also announced a more ambitious plan for its electric vehicle business, raising its EV sales target by 75%. German car giant Volkswagen also said it will increase its investment in electric vehicles and digitalization to € 89 billion over the next five years. And Japanese electronics giant Sony recently announced that it will set up a company this year seeking to enter the fast-growing EV market. — AFP Students in some grades are allowed 50% physical attendance at school 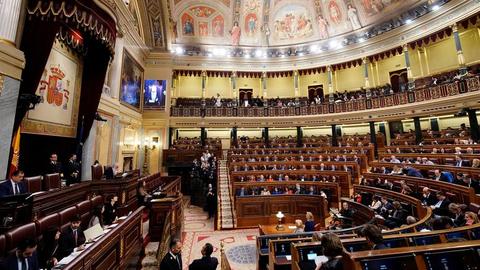