Ottawa: Ottawa’s High Commission for India has issued recommendations to Indian students affected by the notice of closure of three educational institutions run by Rising Phoenix International, Inc. in response to ongoing protests in Canada.

“The High Commissioner approaches from several students from India at three institutions operated by Rising Phoenix International, namely M College H Montreal in Quebec, CED College in Sherbrooke and CCSQ College in Longueuil. Received. Canada, and those affected by the notice of closure of these institutions, “the advisory said on Friday.

“The Quebec Government advises that affected students can contact their registered institution directly and can file a complaint with the High Ministry if there is a problem with refund or transfer of fees. Education, the Quebec government. “

“Indian students planning higher education in Canada are advised to thoroughly review their institution’s qualifications and status before paying for the institution they wish to enroll in. / Request a certificate of accreditation from a state government institution and make sure the institution you have selected is on the list of designated learning institutions published on the Canadian Government website. You must not make payments or disclose personal information to unidentified individuals / institutions that provide student visas at the time of payment, “added the advisory.

The advisory also recommends that students from India in Canada or those planning a trip to Canada register online for the nearest Indian mission or post to the MADAD portal.

A wave of protests across Canada began in January, bringing together thousands of truck drivers and hundreds of other demonstrators in Ottawa to mandate a vaccine for truck drivers across the US-Canada border. Expressed strong opposition to. Protesters demanded that authorities lift the COVID-19 restriction.

The protests then evolved into anti-government protests, in which various groups united in opposition to Prime Minister Justin Trudeau and called for the overthrow of the government. 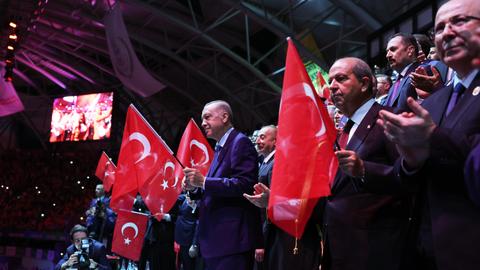