According to officials, the illegal Balochistan Liberation Army killed Lieutenant Colonel Lake Byg Mirza and his friends before Pakistani troops rescued them near the rebellious border between Afghanistan and Iran.

The army said militants shot dead Pakistani military officers who had been kidnapped before government soldiers rescued him in a calm state in southwestern Pakistan.

Lieutenant Colonel Lake Byg Mirza was abducted late Tuesday as he returned to Quetta from the summer resort with his family and friends, according to security officials.

The Separatist Rebel Barotistan Liberation Army (BLA) has issued a statement that its fighters have seized Mirza, a rare attack on officers of his class in the area adjacent to Iran and Afghanistan.

Pakistani troops said the troops and helicopters had begun search and rescue operations and found up to eight militants in a nearby mountain storm drain late Wednesday.

“The militants shot the colonel when they sensed the possibility of their siege,” a military communications unit said in a statement. Two of the militants were killed in a shootout, but the rest fled, he added.

Security officials said militants had kidnapped and killed a friend of a police officer who was only identified as Umel after the militants stopped the car on the highway between Quetta and the summer resort Ziarat.

One official said Umar’s body was recovered in another part of the mountainous region on Thursday and asked not to name it because he was not allowed to talk to the media.

BLA and other separatist groups have been rebelling for years in Balochistan, a resource-rich region that has attracted considerable Chinese investment.

More than 98,000 Mecca pilgrims from five countries benefit from the McCaruto Initiative ‘Treat me like an engineer, not a CEO,’ Agrawal told Musk 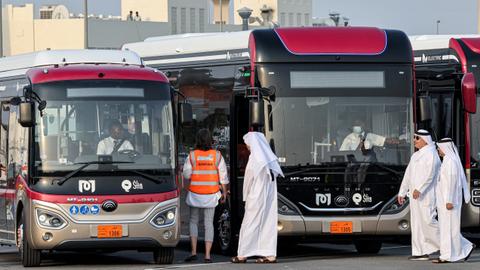 Women who teach 4th grade in private and foreign schools