Doha: Palestinian flags are hoisted all over Qatar, but Zionist fans remain low-key as the Zionist-Palestinian conflict makes its presence felt at the first World Cup to be held on Arab soil. The Palestinian cause is embraced by many Arab fans and some officials, even though some Arab countries are trying to normalize relations with the Zionist organization.

Brief exchanges between Arab supporters and the Zionist media have gone viral, including a video shot by an AFP journalist in Saudi Arabia denouncing a Zionist TV reporter, which has been viewed more than 5.2 million times on Twitter. “There is only Palestine, there is no[Zionist organization]… you are not welcome here,” a fan shouted to Moav Vardi, a reporter for the Zionist public broadcaster Khan.

Arab fans flooding Qatar refuse to speak to the Zionist media, with some shouting “Long live Palestine” in front of Zionist television cameras. “I find it very difficult to work here,” Vardi told AFP, adding that he understands the Arabs’ anger. Many Qatari people place the Palestinian flag next to their country’s coat of arms and hang it from the windows of their luxury cars. Some Qataris sitting in his VIP section of the stadium wear armbands showing the Palestinian keffiyeh headdress, and fans in his zone sing the Palestinian song “Raise Your Keffiyeh” (Raise Your Keffiyeh). ) are played regularly.

Doha backs Hamas, the Palestinian Islamist group that governs the Gaza Strip, and since 2007 has provided vital financial aid to residents of coastal enclaves blockaded by Zionist groups. Qatar has criticized moves by other Arab countries, including the United Arab Emirates, Bahrain and Morocco. – Normalize relations in 2020.

About 10,000 Zionists are expected to be in Qatar for the football tournament, according to diplomat Alon Levy, who was in Doha to organize consular coverage. Qatar hailed a deal that would allow it to travel to the Gulf Emirates on a special charter flight from Tel Aviv operated by the Cypriot low-cost airline as a platform to “improve relations between It insisted on allowing Palestinians to travel with the Zionists as a condition of allowing direct flights that would be canceled after the cup final.

Travel officials said there were no Palestinians on the first two direct flights, but some were expected on the third flight that flew on Tuesday. The Zionist organization has occupied East Jerusalem and the West Bank of Palestine since the Six Day War in 1967 when he fought against Arab nations. Most Palestinians arrive in Qatar via Jordan or Egypt because the Zionists have severely restricted access to Tel Aviv airport, officials said.

About 250,000 Palestinians live in Qatar, with a population of about 2.9 million, mostly foreigners. With at least tens of thousands of fans from other Arab countries, including World Cup participants Saudi Arabia, Tunisia and Morocco, the pro-Palestinian support is strong. 16-year-old Jordanian Suhaib Al-Issa said raising the flag was a sign of “peaceful resistance to express refusal to normalize relations with the country occupying Palestine”. T. – AFP

Justin Delancey was stabbed to death with a cowpen... Central banks can shape the future of digital finance 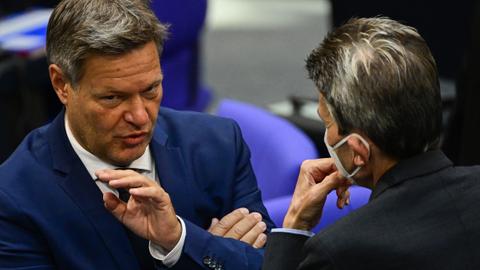 What is the strange “UFO” found above the Middle East? -Doha News