Kuwait: Yesterday, lawmakers strictly apply to authorities the laws and decisions issued to create more jobs for Kuwaitis in the public sector and reduce the appointment of foreigners in such jobs. I asked. The call was made during discussions on three bills aimed at creating more jobs for citizens. However, the bill was returned to the relevant parliamentary panel to include statements by parliamentarians.

MP Abdulaziz Al-Saqabi said Kuwait’s unemployment rate has risen from 26% to 32% in the last six months, and MP Osama Al-Shaheen has returned Kuwait from the private sector to the public sector due to no incentives. Said that. .. MP Saleh Al-Mutairi claimed that advertising for government jobs was “tuned for foreigners,” and MP Muhannad Al-Sayer called for foreigners to be prevented from doing two jobs.

MP Abdulkarim Al-Kundari said the minister should not be empowered to exempt employment, adding that expatriates would be given public sector work through a “back door.” MP Saifi Al-Saifi said it’s strange that oil companies still have foreigners in the oil sector, 80 years later. “As the foreign labor force is milking the country, we need a law that forces the private sector to hire Kuwait.”

During yesterday’s special session, Congress approved a provisional amendment to the Procedural Law to reduce detention at police stations from four days to up to 48 hours and to shorten preventive arrests from three weeks to up to ten days. Lawmakers accused long-term preventive detention being abused to punish suspects who were later acquitted in court. One amendment abolished the detention of suspected misdemeanors, with a punishment of less than three months in prison.

Congress also approved amendments to the Press and Audiovisual Act to expand freedom of speech and ease penalties for freedom of expression. Amendments to the Newspaper and Publishing Law have reduced the capital required to establish a newspaper from 250,000 KD to 100,000 KD. The amendment to the Audiovisual Law has abolished the criminalization of statements that could undermine relations with Arab countries.

QNB has recorded profits, but "be vigilant"-Doha News 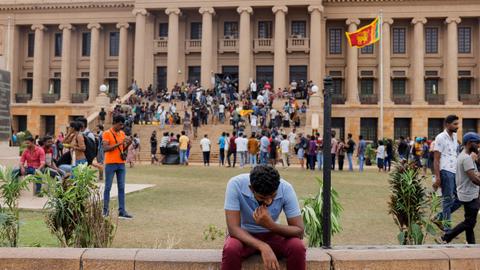 SFDA: Putting price tags on packages of medicines and therapeutics Risk of nuclear disaster in Ukraine